Globalisation allows ¨arīca to recover its universal dimension and unfold across the borders of the States that nationalised it in the last century. This new phase is not a return to the past, though. The founding texts are unchanged, but the players and the tools used by them are brand new. ¦arīca contributes to shape and bring order to the massive flows of goods, capital, services, and people that intersect around the globe. In so doing, it drives an Islamic variant of globalisation, characterized by specific moral preferences, cultural patterns, and consumption models 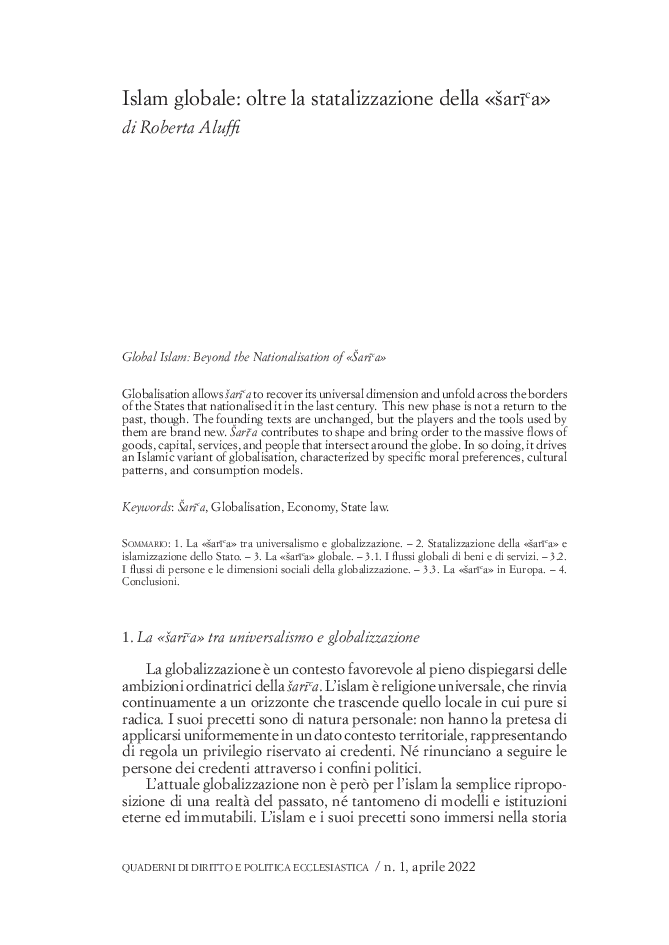