This article analyses some aspects of the complex relationship between law, religion and globalization in the light of the essays of the 1/2021 Quaderni di diritto e politica ecclesiastica review. In the changing scenario of globalization religions seem to have reached a paradoxical position. At the local level, significant confessions are progressively losing their correlation with the State. At the global level religions, far from leaving the scene, are getting even more influential, thus placing themselves in competition with the global secular theodicy of consumer culture. Religions and their laws seem to reaffirm their universal vocation by promoting viewpoints which represent alternatives to those of today’s lex mercatoria. 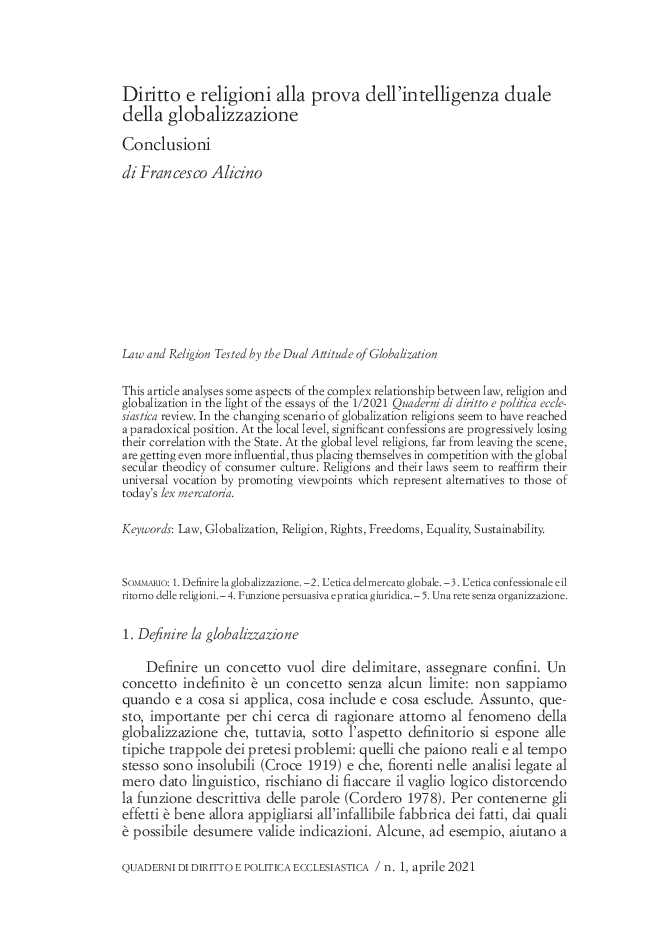