The contribution aims to assess the possible effects of the reduction of parliamentarians on the parliamentary rules of the Italian Senate and Chamber of Deputies. The authors consider both a scenario in which the rules are reformed, and a scenario in which they remain unchanged. Along this logic, the essay moves from considering seemingly minor, but inescapable elements, that is, from a reasoned review of the percentage quotas and absolute numbers currently provided in the Senate and Chamber of Deputies regulations. After carrying out this analysis, the authors gradually widen their gaze, reflecting on the main organizational articulations of the two chambers, focusing in particular on parliamentary groups and committees, institutions whose design dates back exactly a century, and that seem to call for revision, in the context of a renewed system of symmetrical bicameralism. 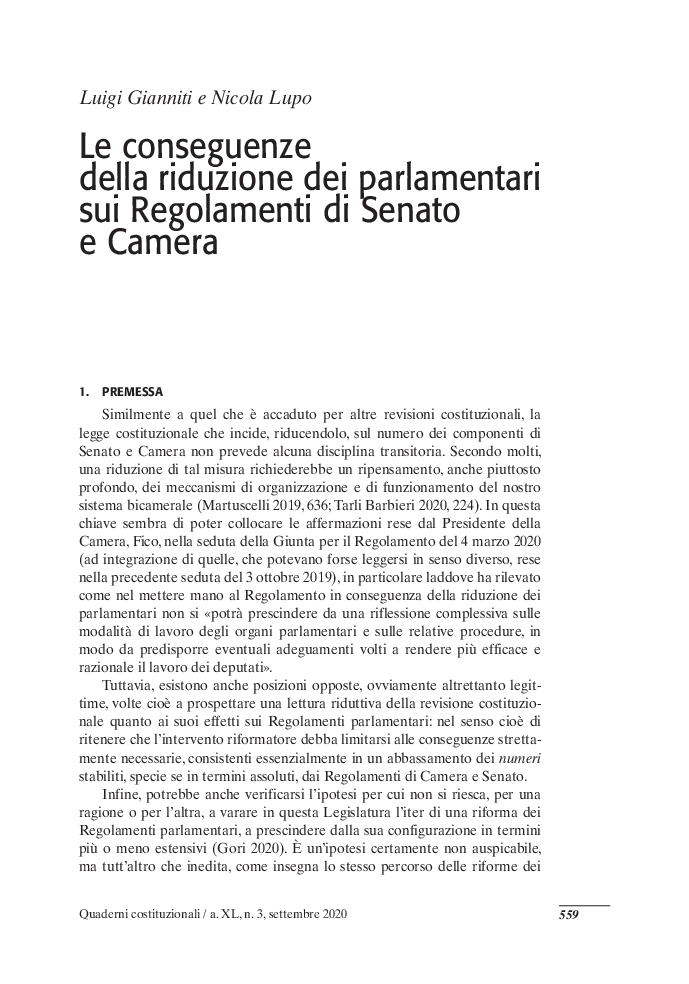