Dealing with a rather «lazy» penal law-maker, the Italian Constitutional Court has progressively consolidated a specific role to a point that an idea of constitutional legality is emerging alongside that of the traditional rule of law. However, this case law has weakened the standards of legality of penal norms by using a growing number of judicial techniques that aim at binding the interpretation of ordinary judges to the Constitution. Among these techniques one can name the interpretative decisions of dismissal and those of inadmissibility with which the Court requires judges to carry out what should be their primary duty, i.e. interpreting the law in conformity with the Constitution. To what extent this interpretative approach, either by the Court or by ordinary judges, can legitimately expand is still unclear. The foreseeable risk is that of creating norms in conformity with the Constitution, but not with the letter of the written provision. Considering the traditional concept of the rule of law, the author tackles the critical aspects of these techniques through a series of case studies. The latter are examples of how the Court, sometimes in a troubled manner, directly addresses ordinary judges and they show the strength of the «judicial constitution law» produced by a Constitutional Court which is increasingly producing laws like a legislator and interpreting them like the judiciary. As a consequence, the principle of constitutional statutory limitation is constantly jeopardized. 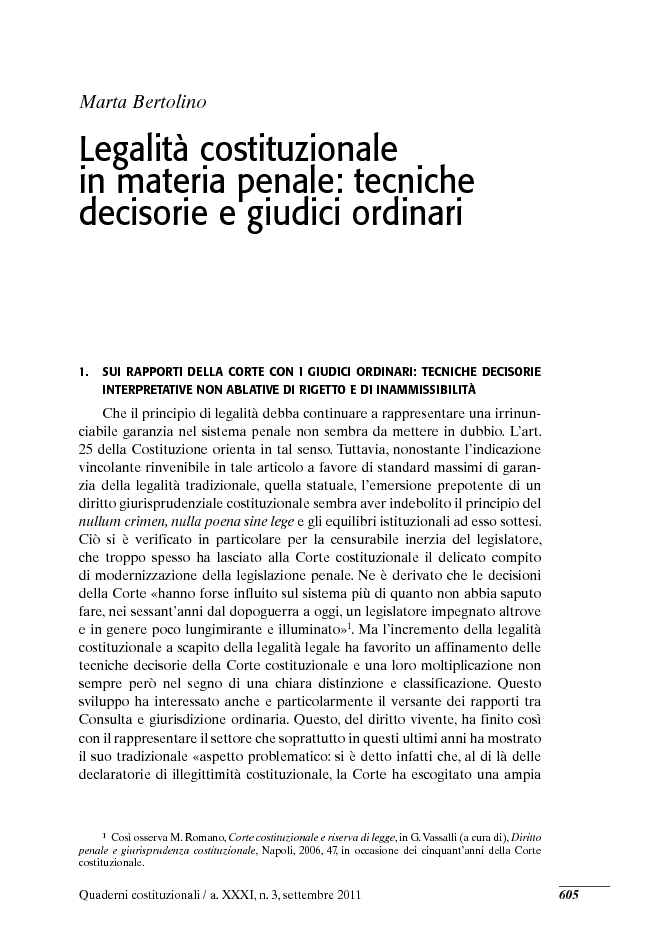