An important scientific journal published in its 1926 issue the German translation of the recently approved constitution of Chile, with an official short commentary by the Legation of Chile in Viena and a critical analysis by Kelsen. Both textes are translated at the end of this article, whose first paragraph describes Kelsen’s world relevance as the main author of the Austrian constitution of 1920. Because of his fame he was a highly sought-after guest speaker in several universities in Colombia, Argentina, Brazil, Mexico, as described in the second paragraph. The third and last paragraph summarizes Kelsen’s criticism to the articles of the Chilean Constitution revealing a decided trend toward a presidential, i.e. authoritarian, regime – openly colliding with Kelsen’s parliamentary, i.e. democratic, conviction. 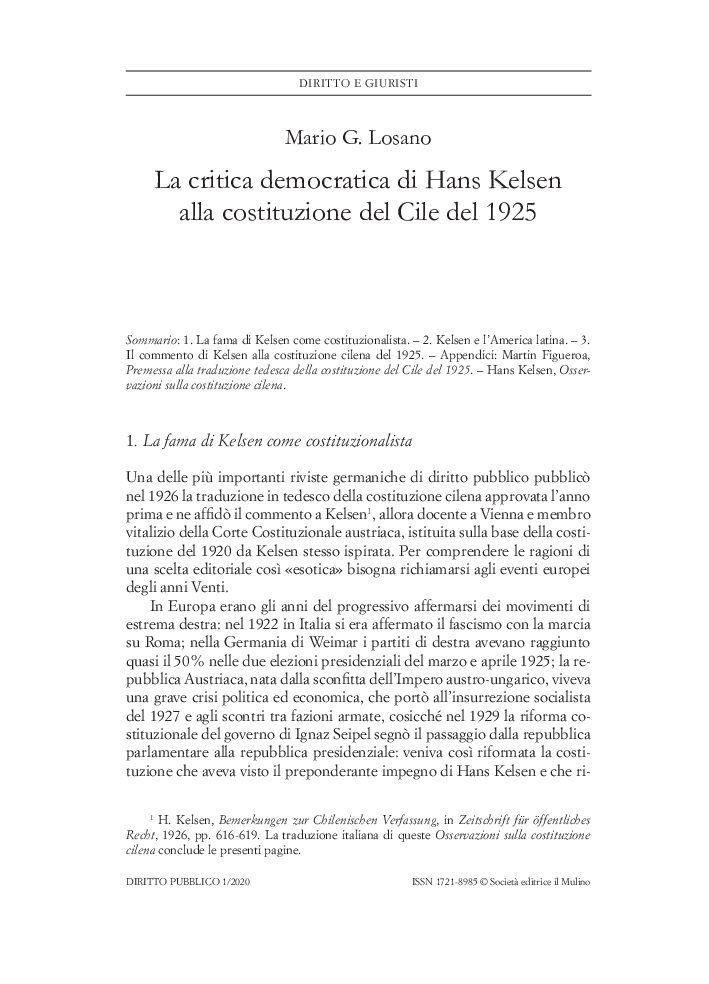