Lochner v. New York was decided in 1905 and it is still nowadays one of the most controversial rulings in the U.S. Supreme Court's history. Taking into account the interesting debate focused on that decision, the article examines the Lochner Era in a historical perspective from the so called Gilded Age until the New Deal. The debate on the New Deal as a 'constitutional moment' is eventually considered. First of all, the main features of the institutional and social framework of the Gilded Age and the Supreme Court's case law on federalism and on economic regulation of that time are described. The Lochner Era is therefore analysed considering the last thirty years of the Nineteenth century, when crucial economic transformations took place. Then the article examines competing interpretations of the Lochner era, mainly through the Supreme Court's case law on economic freedoms, antitrust and the interstate commerce clause. In the aftermath of the victory of the New Deal's principles, the Lochner Era came eventually to an end and a new economic and constitutional framework was settled down. Furthermore the main institutional transformations which resulted at the end of this long historical process are examined. Finally, in the light of the latest case law of the U.S. Supreme Court, the article deals with the current debate on the 'constitutional legacy' of the New Deal, considering to which extent the so called 'New Deal revolution' can still be considered constitutionally binding. 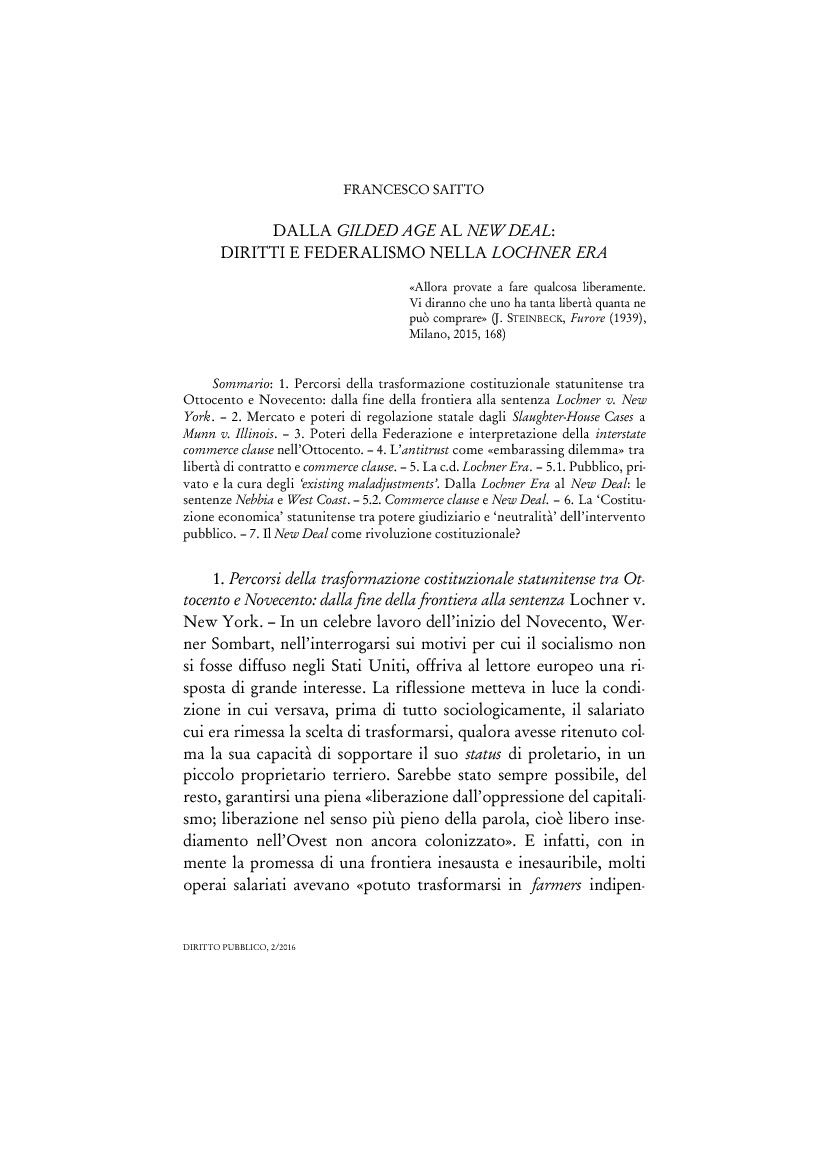