Setting out from the importance given to the saving clause (reservation to an act of Parliament) regarding procedural law by Art. 111(2) of the Constitution, the author discerns the "ratio" thereof in the specific need to restrain the judiciary from the possibility of altering the balance as set in the procedural devices established by the legislative branch. The article first examines what are the limits which the courts have to abide by in the reconfiguration of procedural rules, highlighting that this issue is still insufficiently addressed by the Constitutional Court. Then limits that can be derived from manipulative decisions of the Constitutional Court - particularly the so-called principle adding decisions - are specifically addressed. From this standpoint it is underlined how traditionally the limit of the saving clause mainly functions for principle adding decisions, while when the Constitutional court comes to the point of creating a rule as a consequence of its review such a limit is not very consistent. In any case, the issue needs to be reconsidered in the light of the fact that case law has shown some deference to the legislator regarding procedural rules, whose only limit is represented by the manifest unreasonableness of legislative rules. Nevertheless, recent case law, valorising the scope of Art. 111(2) of the Constitution, has elaborated a minimal core of defences pertaining to procedural guarantees, such as the guarantee of cross-examination, the stability of decisions which has become final and the possibility to impugn a decision before the Court of Cassation. 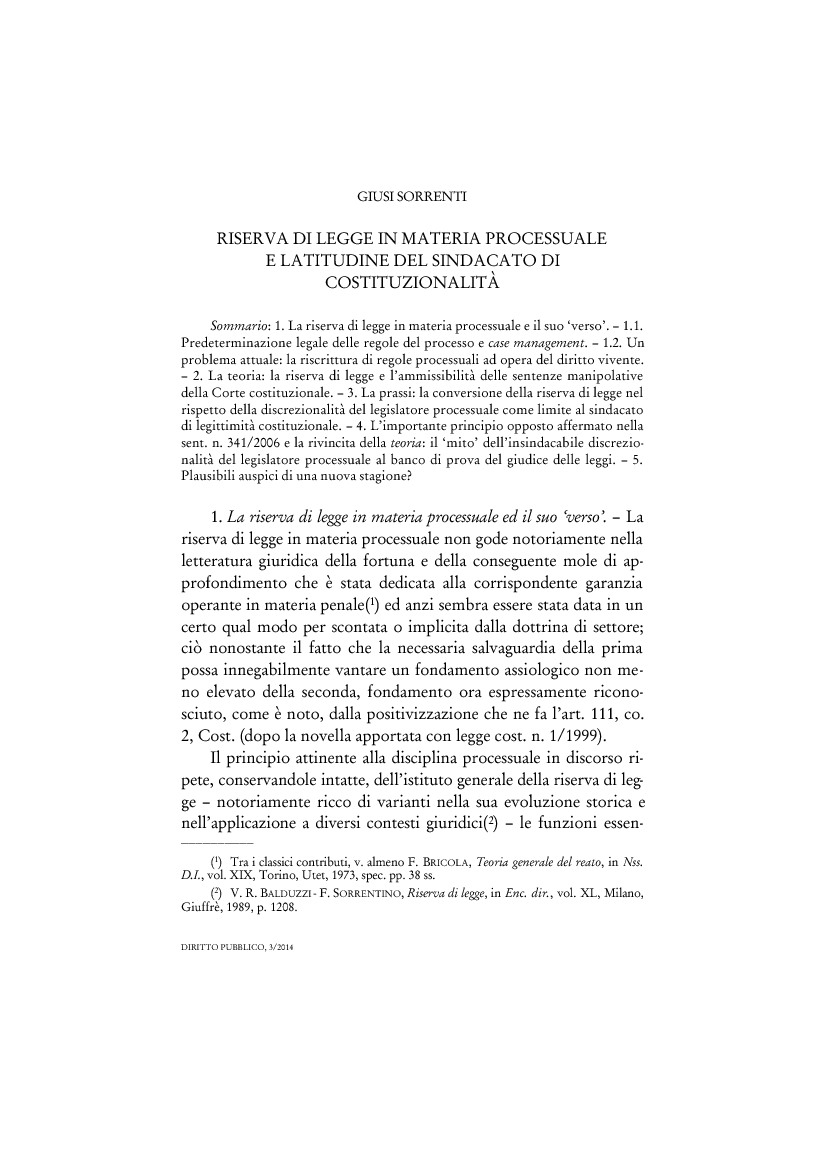