The essay discusses the impact of the presidency of Andrew Jackson (1829-1837) on the Constitution of the United States of America. During the Jacksonian Age the transformations of the economy and society, as well as westward expansion, brought about deep changes in the traditional interpretation of the Constitution in important areas. Federalism, the role of government in the economy, and the relationship between Congress and Presidency, were all affected. The essay touches on the growth of Jackson's leadership and the birth of the Democratic Party in the two-party system, going on to analyze the elections of 1824 and 1828, which for the first time in American history witnessed wide popular participation and engagement. Jackson's presidency is considered in its most important aspects: the use of the veto to aggrandize presidential power against Congress; the protection of states' rights from the expansion of Federal legislation; the war against the second Bank of the United States and more comprehensive criticism of American capitalism; the conflict with the Supreme Court under Chief Justice John Marshall, and in general against the judicial claim of an exclusive power to review legislation; the protection of the Union during the Nullification Crisis in South Carolina; and the fight against the Senate over the presidential power of appointment. Finally, the essay analyzes the consequences of some of Jackson's constitutional doctrines in the first decisions of the Supreme Court under Chief Justice Roger Taney, a Jackson appointee close to him. Even if the legacy of the Jacksonian Age does not include constitutional texts similar to those adopted in other key moments of American history, it does represent a fundamental step in understanding the modern Constitution. 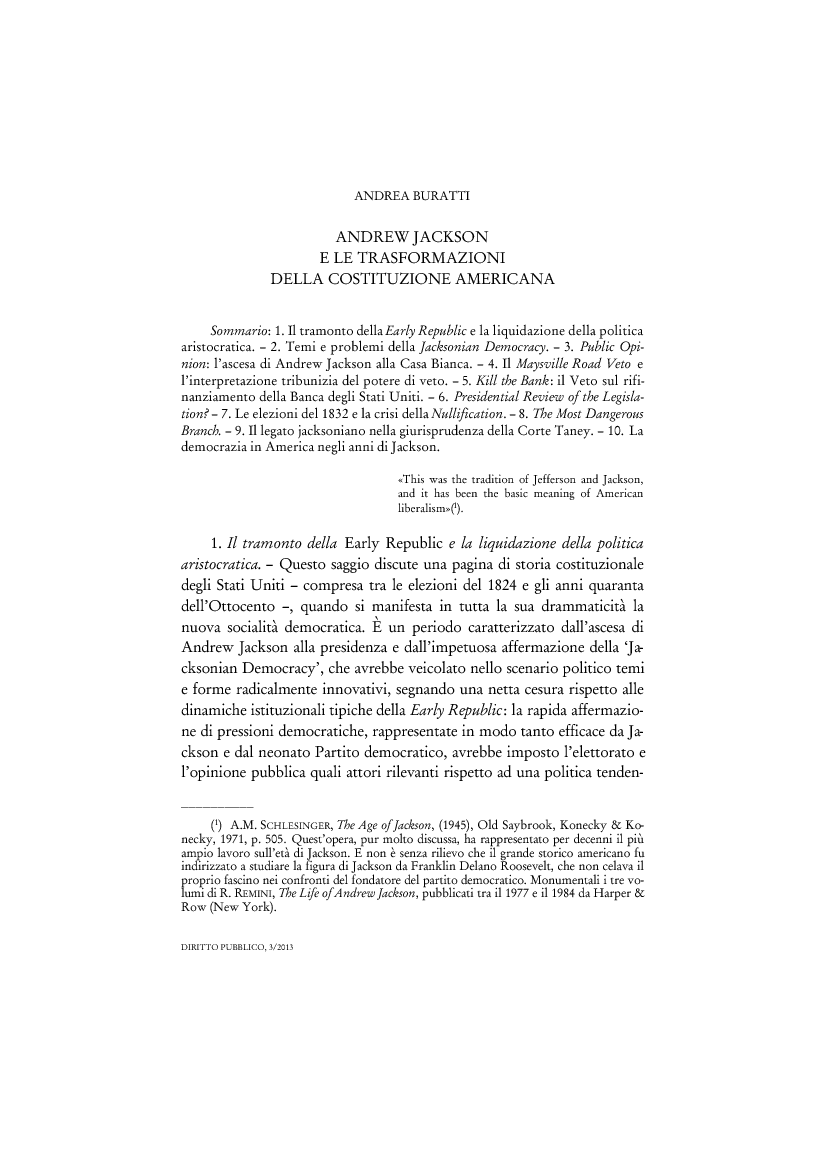