The current difficult times with the tensions to which the EU is subjected bring to the forefront new problems of vital importance for European integration, which is not to say that the question of administration can be overlooked, about the substantial importance of which in any political contingency by now there is an ever increasingly more widespread awareness, not only due to the trend to stability of solid administrative setups, capable of operating counter to, whether for better or worse, any frequent changes in the political picture, but also because it is with the administration that citizens deal with, whose overall opinions and prejudices about the institutions are based, for the most part, on personal experience with its functioning. The writing intends to offer a concise but systematic overview of the normative innovations brought by the new treaties involving the European Union and of the functioning of the European Union in the matter of administration, being convinced that a coherent frame of reference can be useful in support of even the results of the most recent in-depth sector studies that are confirming the importance thereof from the standpoint of an organic constitutional statute of European administration. 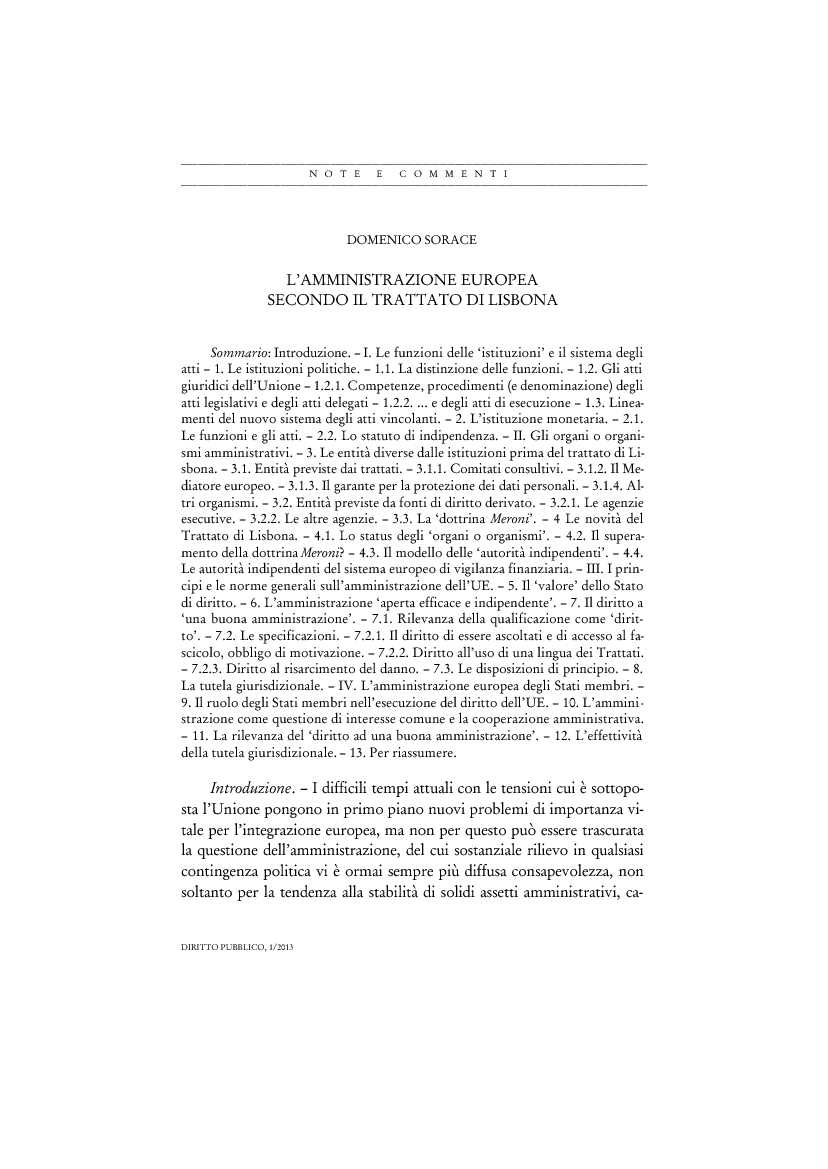