The contribution intends to analyze the role that the measures designed for administrative simplification and, more generally, the principle of simplicity of administrative action assume in the European Union system, considering that in the last decades at the supranational level the idea has gained ground that public machinery that is efficient and - as much as possible - simple is a decisive factor for the development and competitiveness of a given country. Beginning from the mid-1980s the demands for normative and administrative simplification in fact began to assume an ever increasingly greater role in the political and legal context of the European Union, ending up by involving all the different manifestations of EU administration, whether of a direct, indirect or integrated nature. In this context, not only has and does the Union impose specific simplification objectives and techniques on the national legislators and administrations of the Member States but EU jurisprudence also has on more than one occasion imposed a revision of national administrative systems with a view to greater simplification on the basis of provisions contained in the Treaties or in normative acts of derivative law. The hermeneutic work of the Court of Justice has thus contributed to delineating a general principle of simplicity of the action of public machinery, which, notwithstanding the rather extensive and sometimes still indeterminate boundaries, refers to an image of transparent and accessible administration that must inspire its relations with the citizenry in accordance with logics of collaboration and assistance. 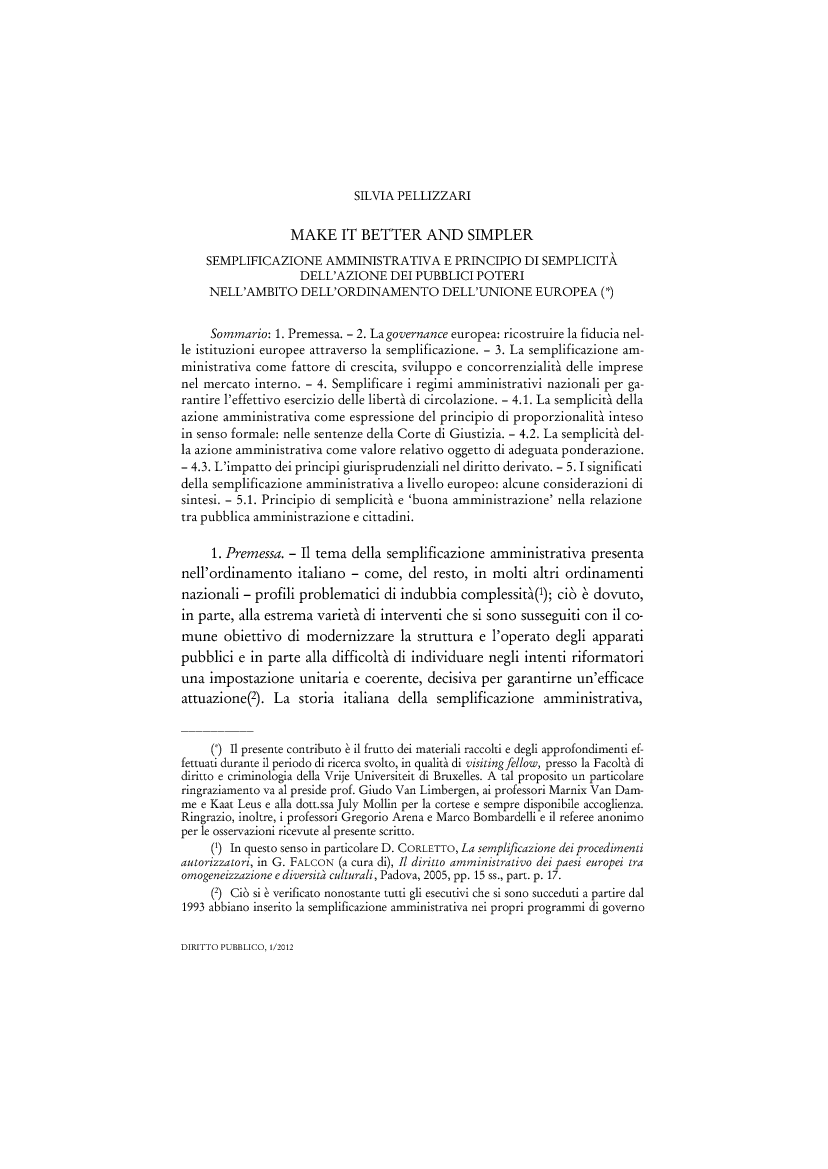