In recent years the chronicle of constitutional affairs has registered unprecedented peaks in the clash between politics and justice precisely over the functional limit and extent of the provisions regarding immunity pursuant to the Constitution. In this struggle, at times frantic, between judicial initiatives that repeatedly have involved top government leaders and attempts to introduce new legislative mechanisms for the suspension of trials or special reasons to legitimately bar courtroom appearance, the Constitutional Court has been called on to draw a line of reasonable balance, in compliance with constitutional dictates, between the interest in the serene performance of institutional functions and the fundamental principle of equality before the law (and before jurisdiction), which involves the responsibility (also) of subjects vested with public functions. This study analyzes this complex interpretative process, taking as the starting point a basic interpretative assumption, namely that 'political immunity' can find justification and acceptability in constitutional terms only within the framework of a rigorous application of the 'functional' criterion. In brief, the protection of functions is brought about essentially through the protection of the duties or acts in connection with the exercise of the same functions, and the prerogatives of immunity cannot be merely a consequence of holding such 'institutional offices'; otherwise, the discourse about immunity risks a loss of objective rationality and diminished margins for being in 'harmony' with the fundamental principles of the State subject to the rule of law, becoming the consequence of 'personal and social status,' and not of functional responsibility - in short, a privilege (unacceptable), and not a prerogative. 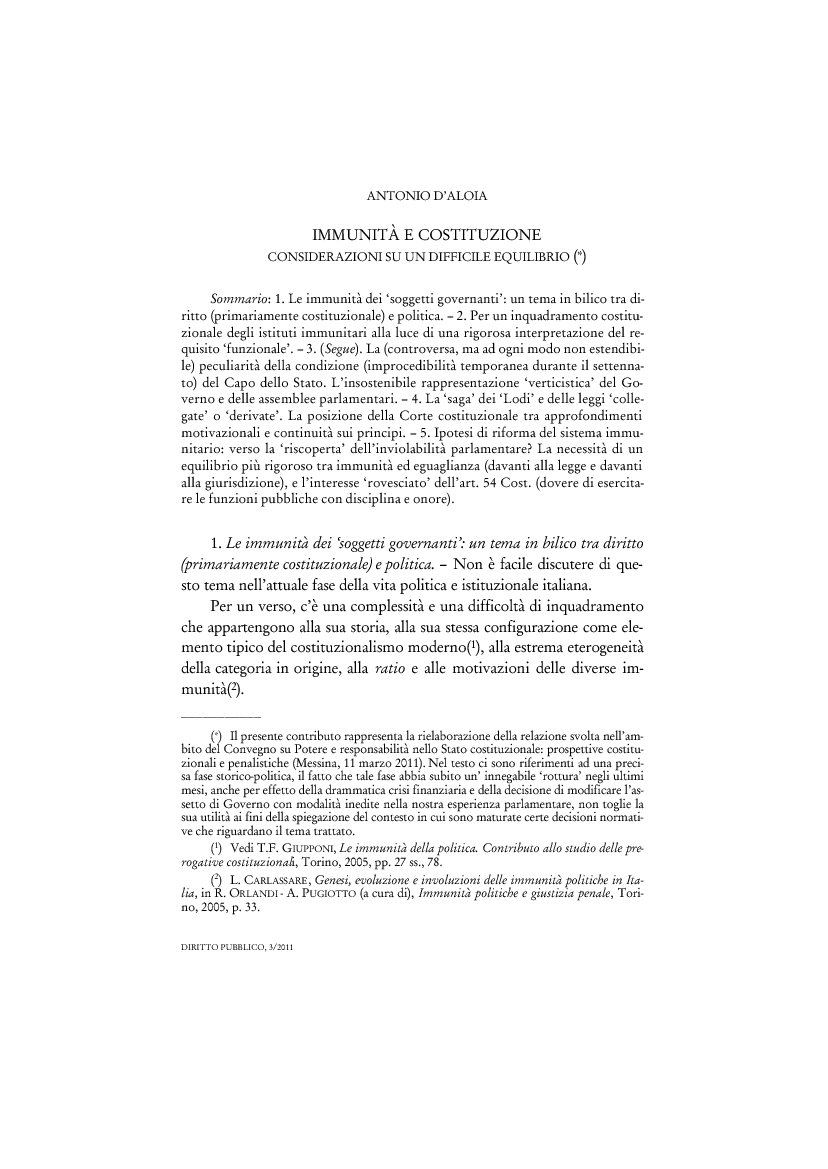