Law teems with myths, metaphors and symbols. The legislator, the judge and - even more - doctrine make use of them. Often they resort to them unconsciously, almost as though obeying a conditioned reflex and paying tribute to the 'legal tradition' in which they were trained. Other times they make use of them deliberately, in order to conceal the interests pursued or to pave the way for new dogmas. Working together with such devices is legal fiction, which some legal systems (Roman and English) are quite familiar with and which still today those working in the field of law seem unable to do without. However, when these expedients become the object of study it is easy to find confusion in the use of the terminology regarding them, at times owing to the difficulty of distinguishing one from the next or due to the close relation between them. The work proposes to give an account of the nexus existing between such particular figures of legal thought and praxis and concentrates especially on fiction as paradigm of the artificial nature of law and of its irrevocable historicity. The basic thesis of the work, which unfolds by making evident the reasons why recourse is (still) made to the same, holds that fiction is none other than a confirmation of the indissoluble link between the legal phenomenon and social realty since the autonomy that law professes is impossible to conceive in terms of 'purity,' i.e. as self-sufficiency with respect to the underlying material relations. It then becomes the task of the jurist to unmask the use of fictitious stratagems - and the needs that in actual fact give life to them - if anything seeking the limits beyond which their utilisation becomes intolerable. 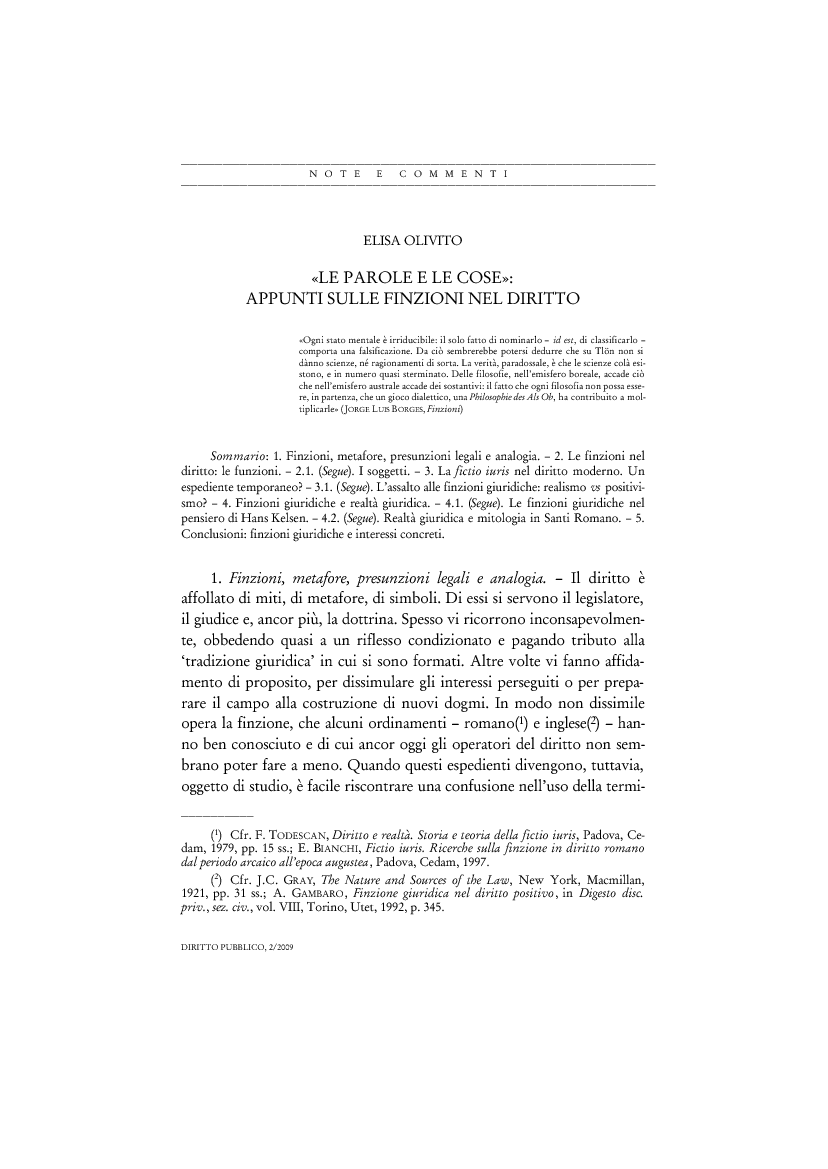