According to the still dominant theory, democracy is viewed as consisting solely of a method for the formation of collective decisions: precisely in the whole of the rules that attribute to the people, and therefore to the majority of its members, the power, direct or through representatives, to make such decisions. This is not only the etymological definition of 'democracy' but also the conception shared for the most part by the theorists of democracy. The question that I intend to raise is the following: Is this merely formal characterisation of democracy sufficient, in addition to being necessary, to provide an adequate definition thereof? Or does not it instead require to be supplemented with the indication of some constraints of a "substantive" nature or regarding "content"? Is a merely formal notion of democracy sufficient to identify all the conditions in the presence of which a political system can be qualified as 'democratic'? The formal and procedural feature of decision by majority is certainly necessary, but it is insufficient, on both the empirical and theoretical plane, for defining democracy. Substantive features, as a guarantee of the same forms and the same democratic method and the various and complex presuppositions thereof, are required as necessary for any theoretical definition of 'democracy' provided with adequate explanatory capacity. 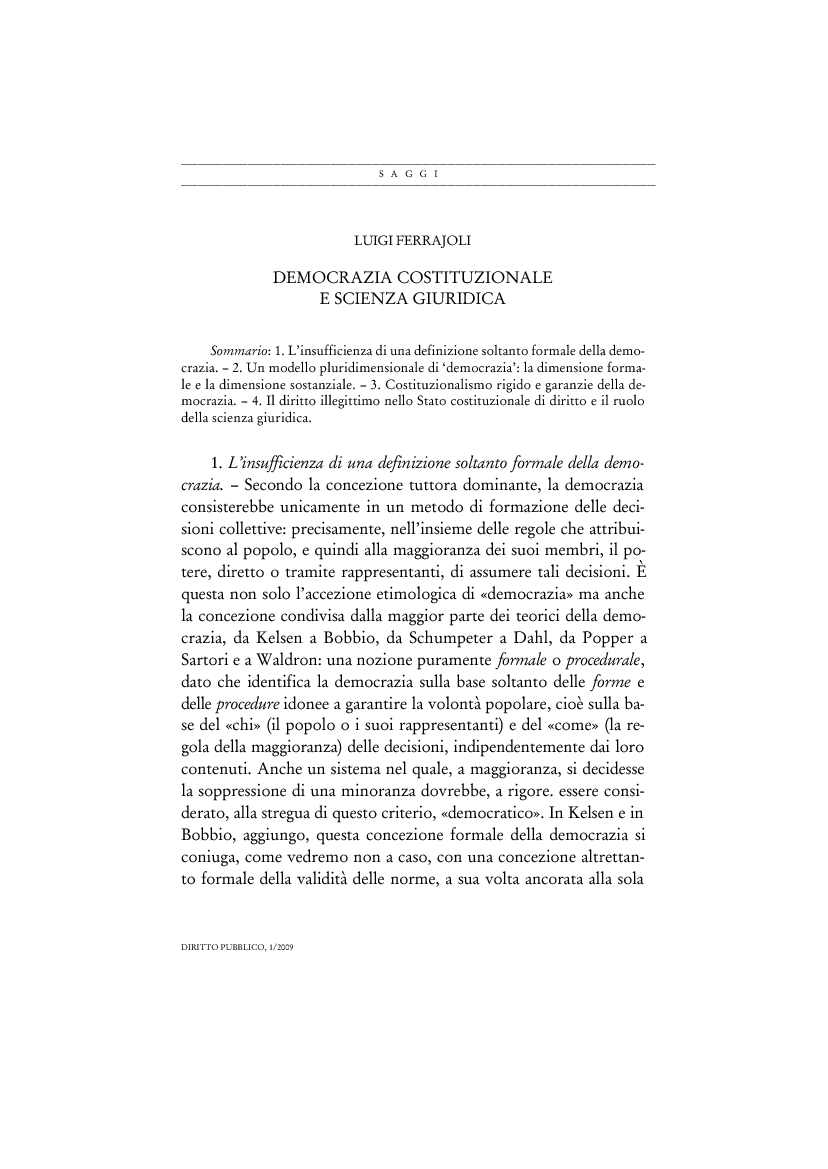