When defining European private law, one proceeds from a twofold convention: first, that the use of the word 'law' is uniform; and second, that the meaning of the adjective 'private' is agreed upon. But while the expression 'law' and the syntagma 'private law' can boast being time-tested, the formula 'European private law' is new. The novelty of the formula lies in both the object it alludes to and its particular connotation - that of being a European law. But when 'European' private law is spoken of an evocative term is used because it is Europe that is being referred to: Europe - already a myth, as well as a geographical, economic, social and political expression - here acquires a juridical connotation. In order to complete this long journey and to comprehend all the facets thereof, it is opportune to begin with history. It is necessary to understand how European identity is built (not how it has been being built), and what perception European citizens have of it. European identity is a laboratory where many workers and many factors play a role, and which cannot be just the product of an elite formed by history scholars, but a reflection of the collective conscience, meaning the way Europeans perceive themselves. 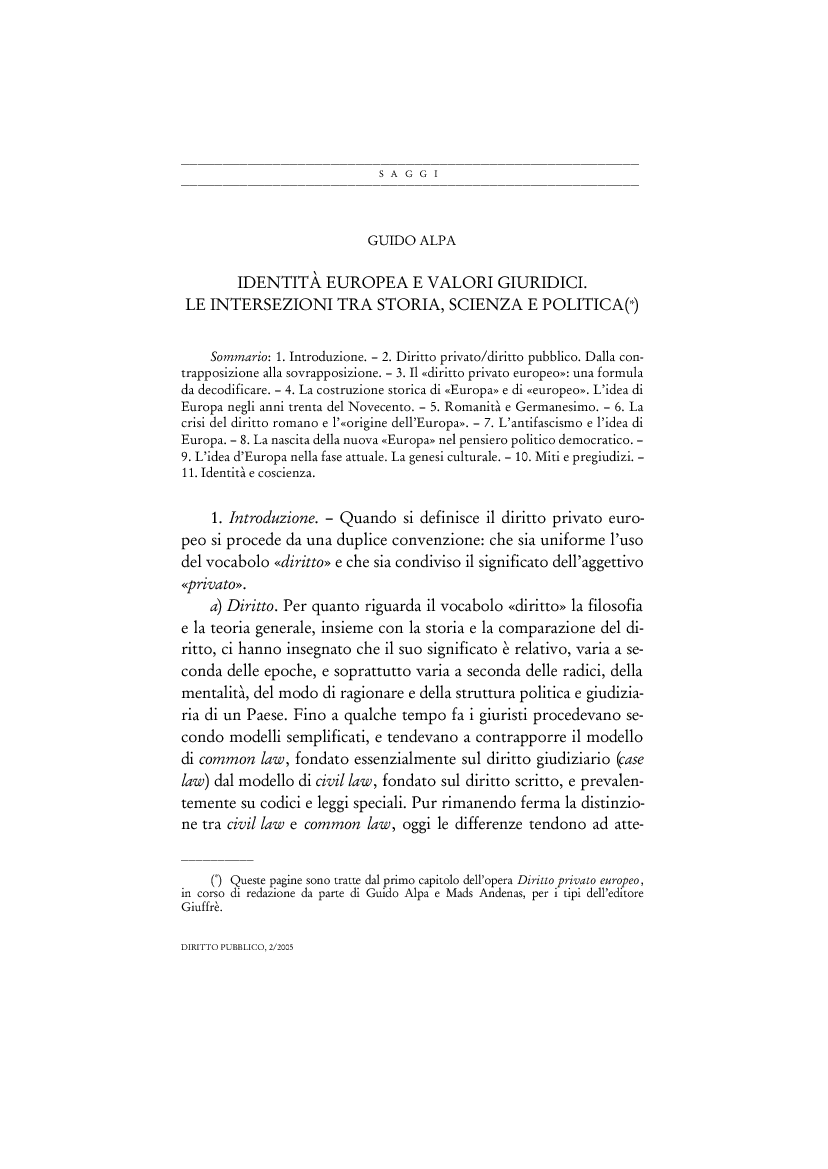