It may be supposed that the whole concept of 'juridical' arose when a series of social relations stabilised by defining themselves, which is to say assuming its own specific, given, complete form able to impose itself as a model for all such cases where the relations more or less exactly corresponded, and thus also recalled the antecedent, even before it became a model or was perceived as such. Perhaps we shall never know if the reproduction of the model was first practised and then preached, inasmuch as its having been practised turned it into a model, or if viceversa it was first preached and then practised as a consequence of the capacity of the model to realise itself through the evocation of the model. In both hypotheses it is wholly evident that the realisation of the model reveals a manifestation of strength that the model is able to effectively bring to bear. It seems certain that it overwhelmingly reveals the factual configuration of the relation. No fact is indifferent for the human condition, whether just one person, more than one or all those who enter into relations among themselves. This is because any fact can have an antecedent and can act as a 'precedent' more or less by definition. No fact is mute in a world of needs and scarcity, which is the world of humankind. 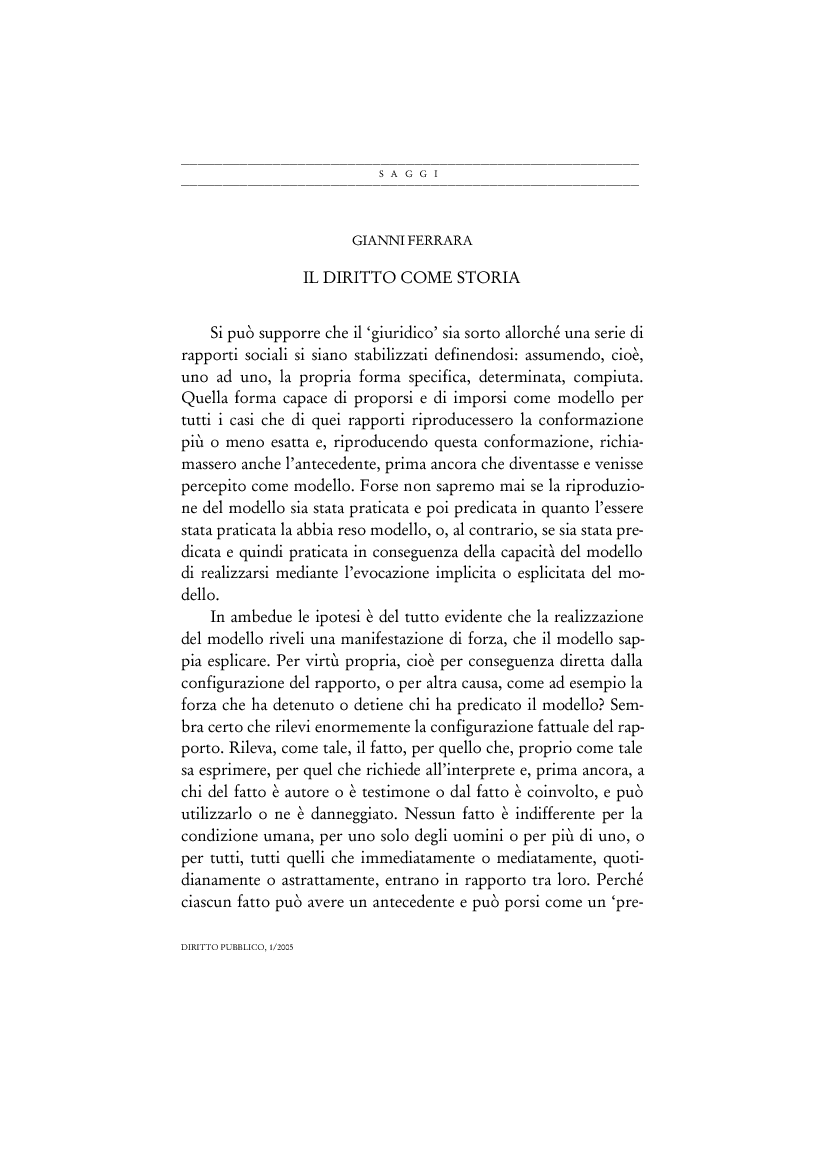