The essay deals with the exercise of State legislative power within the framework of the principle of subsidiarity and the so-called 'transversal' (indirect) competencies, on the premise that they are both able to influence the validity or efficacy of Regional statutes according to a vertical pattern of distribution of powers which can neither be formulated in the abstract nor be considered an implementation of the division of competencies based on the manner of regulation. These two regulatory competencies provided to the State lead to the concurrent enforcement of State and Regional law, whereas the Constitution would require a limited sphere of enforcement of national statutes (in the area of concurrent powers) or exclude it altogether (in the area of residual legislation). Once having outlined the reasons for and functioning of subsidiary and transversal competencies, and also having taken into account the differences with respect to other State legislative powers, the author goes on to examine the matter of their harmonisation with the distributive rule of regulatory functions pursuant to Article 117, paragraph 6 of the Constitution of the Republic of Italy. In the final section concern is expressed over the consequences of the application of these two bases of competencies on the whole system of legislative powers divided between the State and Regions. The author concludes that the rule of separation, which at first seemed to be the key to the new Italian regionalism, does not work so well in practice, inasmuch as the formal allocation of competencies cannot be considered an efficient technique for the preventive resolution of conflicts. This is so regardless of political mediation, which could allow the system to work in a more flexible way. The dynamic of relations between central and local government is indeed projected in the direction of an integrative/collaborative approach. The dualistic model thus becomes shaded, with the possible recovery of the national interest in a new spirit of reciprocity consonant with the general expansion of local autonomy. 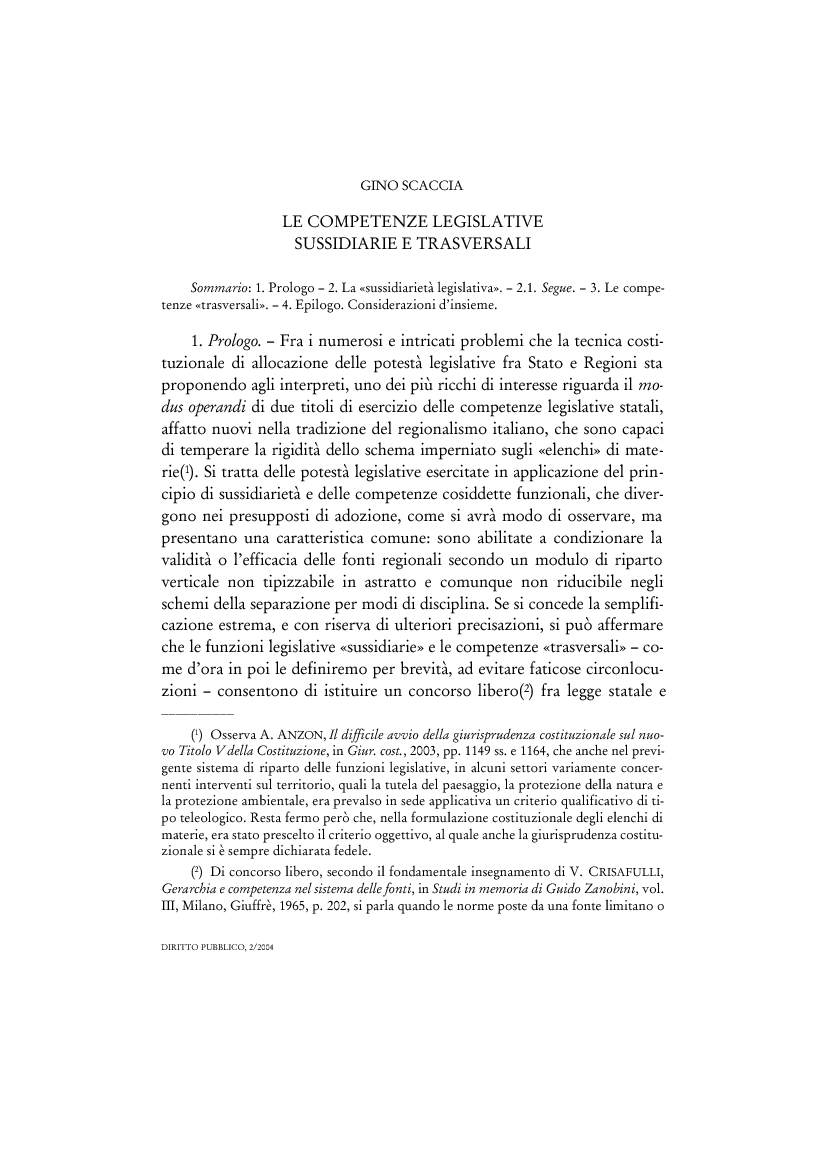