Only recently has the formula 'functional autonomy' made its appearance in legislation: in presidential decree d.P.R. n. 275/99 schools are considered an 'expression of functional autonomy'. However, as frequently is the case with laws for the reform of the public administrations, the law confers functions overreaching the meaning of the formulae employed and taking for granted the substantive configuration of the subjects imputed to the same. The essay sets out to identify the meaning of the formula used by the legislators and, in correlation with this, the sense that a like configuration has in the changed constitutional and legislative context. After having considered the different meanings that the ambiguous locution has received in doctrine, the author articulates his reflection on three distinct levels of reading. On the first such level, the functional autonomies are considered in the context of the so-called Bassanini administrative reforms. The analysis shows the school as an exponential institution of social groups. This is in consideration of the role played by internal collegiate organs as elective organs representative of the scholastic community; of the new functions conferred upon these organs by Law n. 59/97 and d.P.R. n. 275/99; and of the recognition, pursuant to Art. 117, section 3 of the Constitution, of the autonomy of schools as a principle having substantive value, which, having a direct constitutional foundation, is binding in the regards of both national and regional legislators. In a (second) axiological dimension, consideration is given to the role that the functional autonomy of the public schools can and must play within the integrated educational system. The necessity is underlined that public schools be characterised by a model of institutional neutrality so as to guarantee that the teaching function can be performed in observance of freedom of teaching recognised under Art. 33 of the Constitution. Finally, a (third) systematic dimension, aimed at identifying the reasons underlying the functional autonomy of the schools, concerns a comparison with the other functional autonomies (C.C.I.A. and university). A comparison with the latter two makes it possible to highlight the dynamics of the genetic process of scholastic autonomy. Unlike the C.C.I.A., but similar to what occurs with universities, scholastic autonomy arises out of a need to protect certain rights to freedom (constitutionally recognised) through function, ultimately by means of organisation. 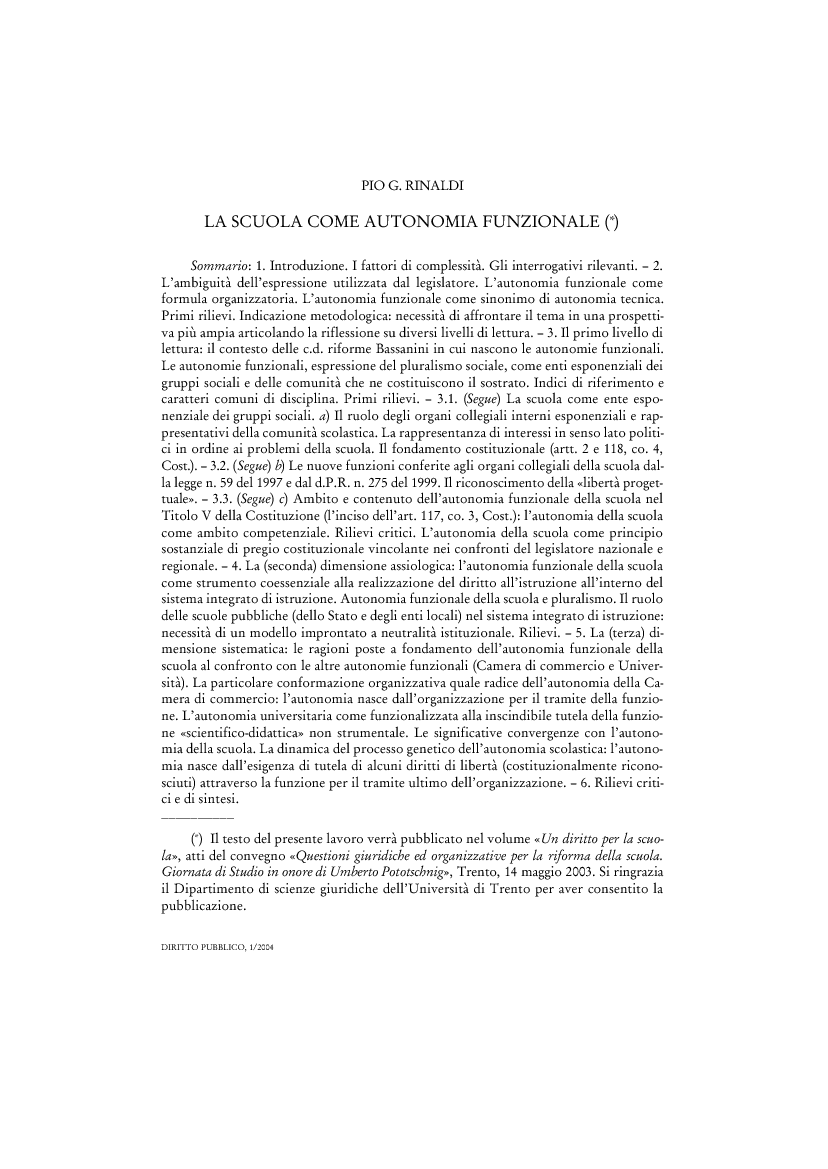