Economic freedom is protected under the Italian Constitution and the issue of balancing the economic power of different entities it can be looked at from different perspective, such as contract law, labour law, competition law. In the latter, for instance, it is a matter of fact that market leads to a result where some entities win, while some others inevitably lose end it becomes crucial for the respect of the democratic values of the system to ensure that this “gameµ is not distorted by the abusive influence of some economic actors or groups. More and more independent administrative authorities are entrusted with the control over the respect of these general criteria, within the application of cases of abuses of a dominant position in line with the open definition thereof provided by competition law or in respect of other new situation (e.g. abuse of economic dependence). In the light of the above, the A. concludes that it is about time for the introduction in the Italian legal system of a general principle stating that acts of exercise of economic power are legally sindacable. 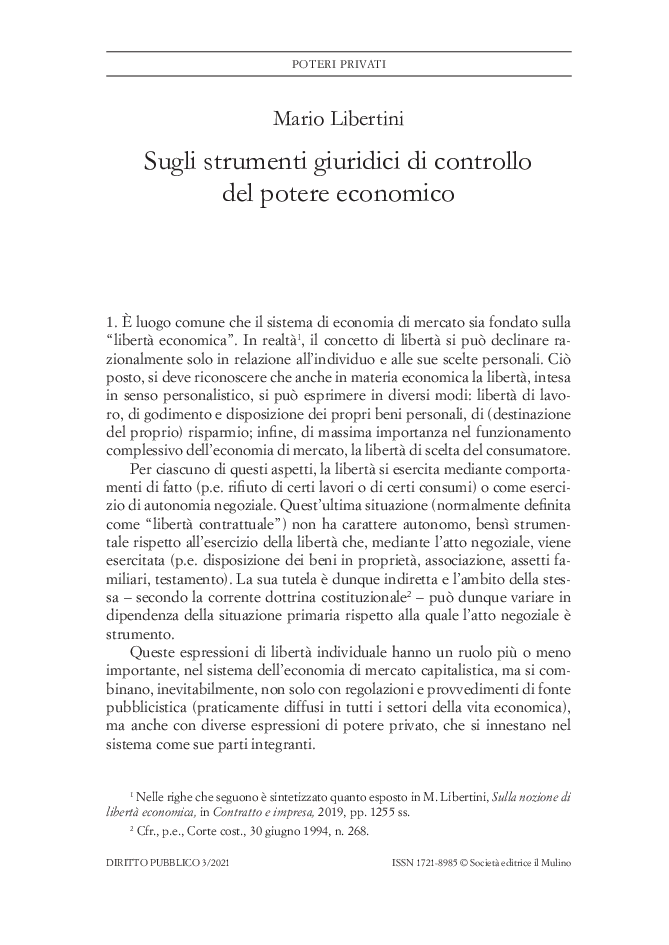