Europeanisation means that the Public Administration has, for some decades now, and to an ever greater extent, been operating in a more complex and articulated legal and organizational context than the traditional one, characterized by a crossroads of unprecedented conditioning and potential that are linked to its functionalization for the purposes set by European law. One of the reasons behind the intense relationship between national administrations and EU law lies in the original structure of the European administration, that is, in the so-called «Indirect Administration». 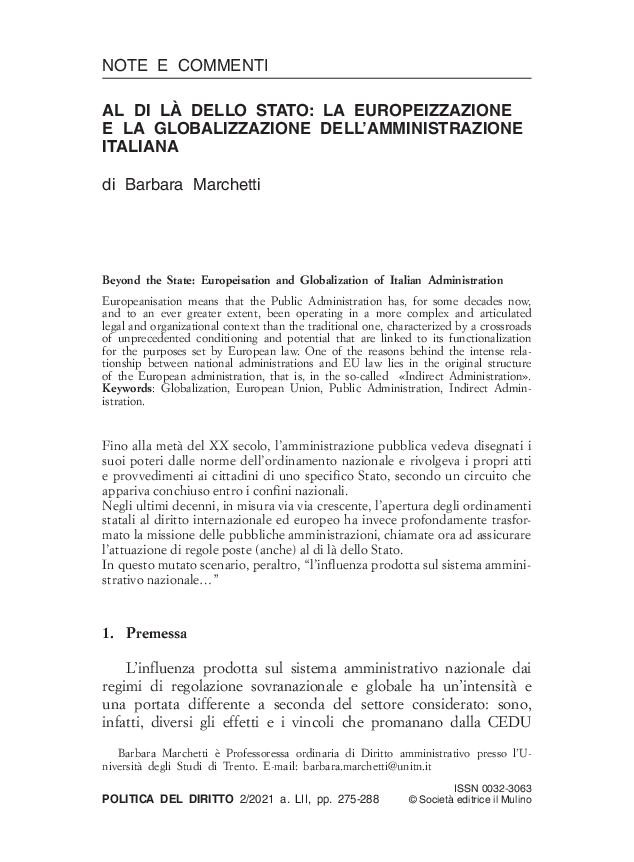