The Great Financial Crisis has been followed by a wave of new regulation in all countries at all levels (Basel III, the Dodd-Frank Act in the US, the Banking Union in Europe). As the deregulation that began in the 80s has been one of the causes of the crisis, the big question is whether the main weaknesses have been corrected and, more generally, whether the global financial system is now safer. The paper argues that there were also structural causes of the GFC, such as the excess of debt accumulated in all countries and structural weaknesses of many banking systems, notably in Europe. While recognizing that banks are now much more robust, there are still problems to be solved: at the global level, the sustainability of the record level of debt in a scenario of «normal» interest rates; in Europe the profitability of a banking system whose structure looks more and more oversized. 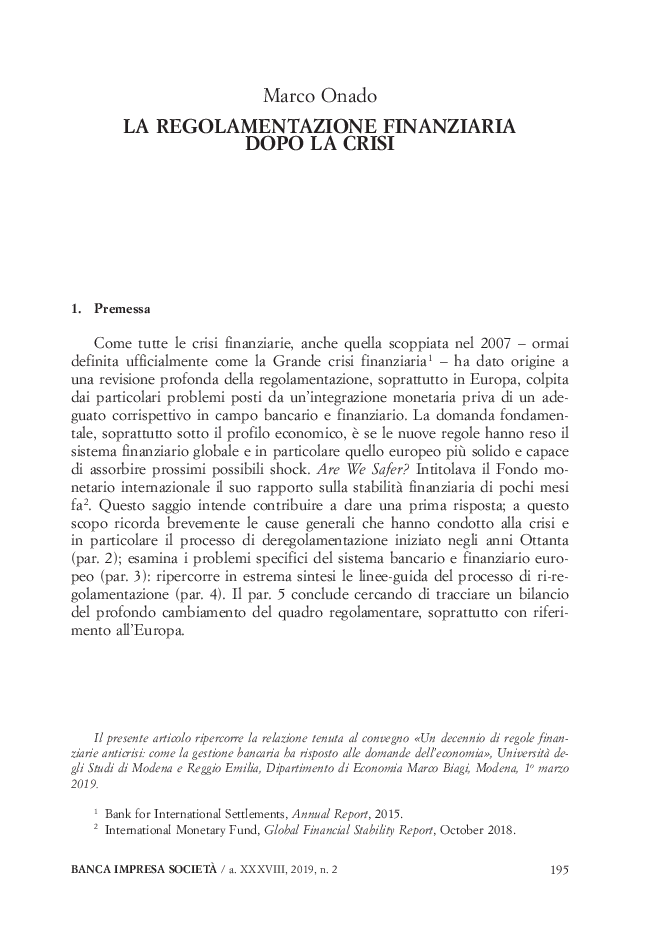