As of 1st January 2016 the Banking Union is fully in place; a Single Resolution Mechanism, along with the Single Supervisory Mechanism are in charge of preserving the financial stability in the Eurozone. The work analyses the new regulatory framework for crisis management as a pillar of the Banking Union, based on the SRM regulation and the BRRD directive, focusing on some aspects that deserve further reflection and possibly a revision. Some shortcomings of the institutional framework may be identified in its starting phase, namely: the separation between the competent and the resolution authority, which is not sufficiently defined at present and may create frictions and duplications of work; a complex decision-making process to start resolution whose effectiveness is still to be tested; the design of the bail-in tool that too closely mirrors the effects of an insolvency, casting doubts on its capability to preserve financial stability; the mutualisation of funding that concerns primarily private sources of funding and only in extreme, very unlikely situations regards common public funds. Finally, the newly established framework has still to be completed with the set-up of a common deposit guarantee scheme and a public backstop for the Single Resolution Fund. The author concludes that significant steps have been made to facilitate crossborder resolution within the euro area, thus paving the way for increased financial integration in the internal market; however, further adjustments are necessary to improve the framework and ensure that financial stability in the Eurozone is truly and effectively preserved. 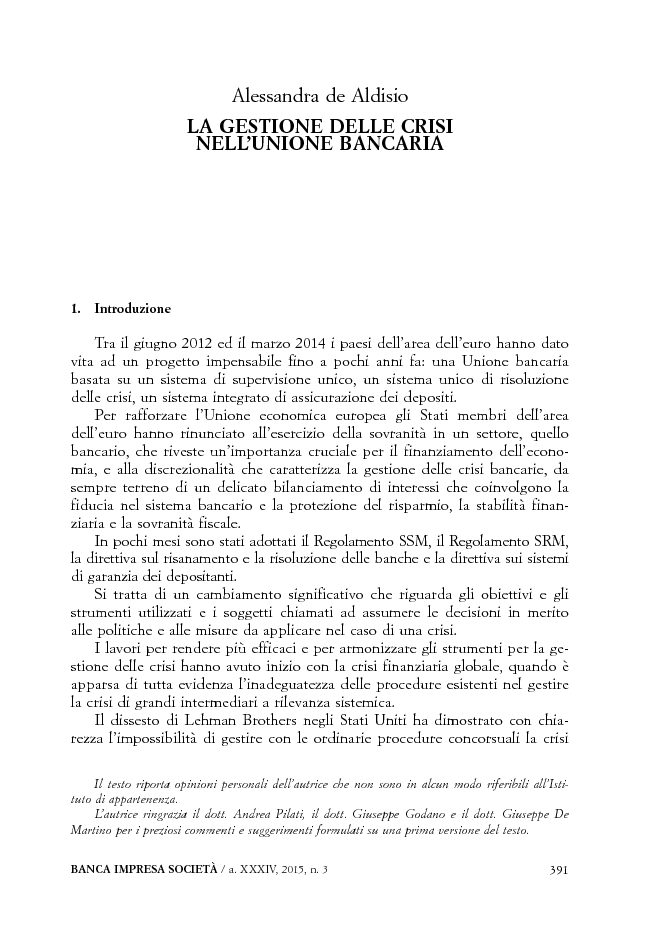