The paper examines both the direct regulatory cost and the compliance cost with financial regulations. More specifically, the paper intends to quantify the direct regulatory cost by considering, for the period 2000-2007 the accounting data of the regulatory agencies operating in Italy, France and Spain. This comparison can give a benchmark to asses the effect of regulation. Moreover the paper attempts to analyse the compliance cost with the financial regulation by using the data available in the surveys of Interbank Convention Automation for a period 2005-2007. An empirical analysis shows: a) a significant impact of direct cost sustained by financial authority much higher in Italy than in the other 2 countries, b) a significant effect of compliance cost on operating costs of the banks. The aggregated data of Interbank Convention on Automation leads to hypothesize, for smaller banks, the existence of cost disadvantage in comply with regulations. 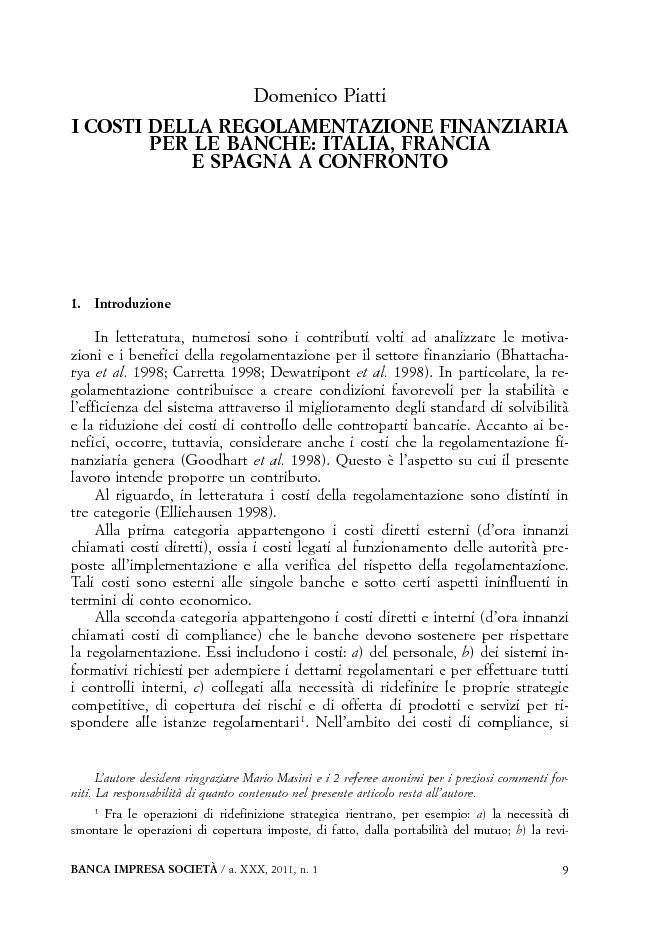