The article analyses the Italian control of foreign investment regime («Golden Power») amended by an emergency discipline (d.l. 23/2020) recently enacted, which, in view of the problems raised by the pandemic, expanded the government control powers on foreign investments. The article analyses some procedural issues of the government’s powers and raises some concerns about the extension of governmental control over foreign transactions where the purchasing company is also an Eu undertaking. The author states that the subjective enlargement, associated with a hypertrophic expansion of the area of business subject to government control, including regulated sectors such as finance, banks, and insurance companies, introduced by d.l. 23/2020, makes government control much broader and indeterminate, and potentially conflicting with the free competition principles, thus with constitutional and Tfeu rules. The author suggests that when the Covid 19’s emergency period will become to end, the control of the government on foreign investments has to be reduced and better defined. 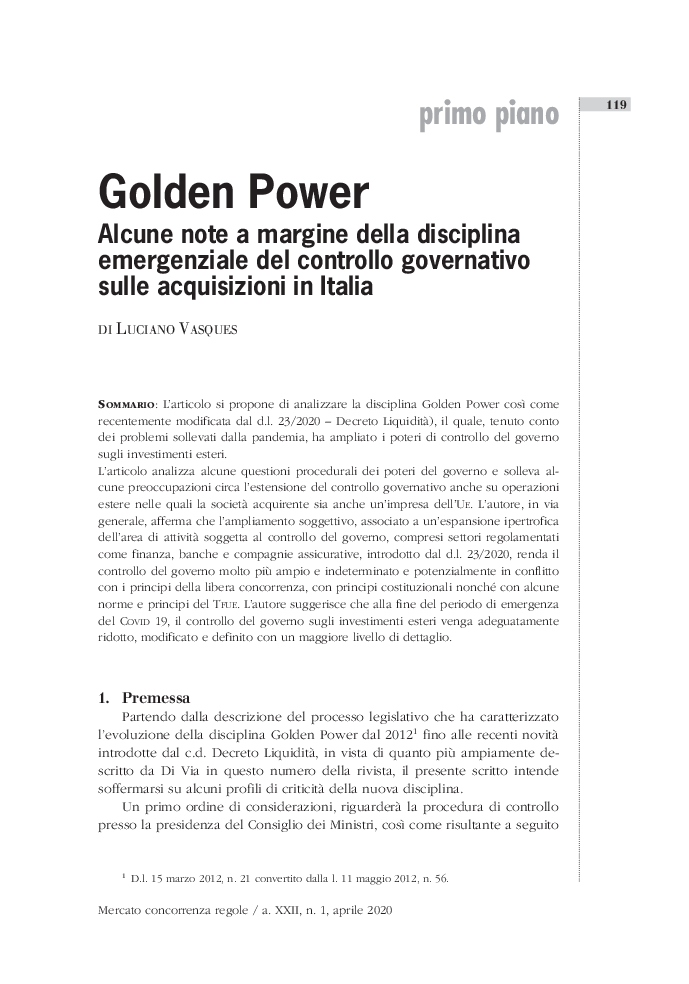