Antitrust was born on the edge of a populist impetus: the growing and widespread resentment against the concentration of economic power in the hands of the Robber Barons. And, among many contradictions, this was the «soul» of Us antimonopoly enforcement until the mid-1970s. Around that time, a new populist push, though with an opposite sign, was growing against the - often inextricable - technicality that had progressively characterized the application of the discipline of competition. Letting the market do as many times as possible: the new Gospel would have benefited from the scientific support of the Chicago School, determined to provide the application of the competition rules with rigorous microeconomic support. Thus, was born the «modern antitrust»: unchallenged in the Us, but prevalent also in Europe. The debut of the new millennium, however, between epochal economic crises and spectacular digital revolutions, records a sense of profound unease. What should have been the age of reason, the end of the history of antitrust because of the attainment of conscious coherence as a whole, risks conferring us a clear but bloodless discipline, unarmed against the monopolistic power of tech titans. A new populism - hipster or whatever label one wants to impose on it - invokes new recipes, which might have the taste of a return to the past. 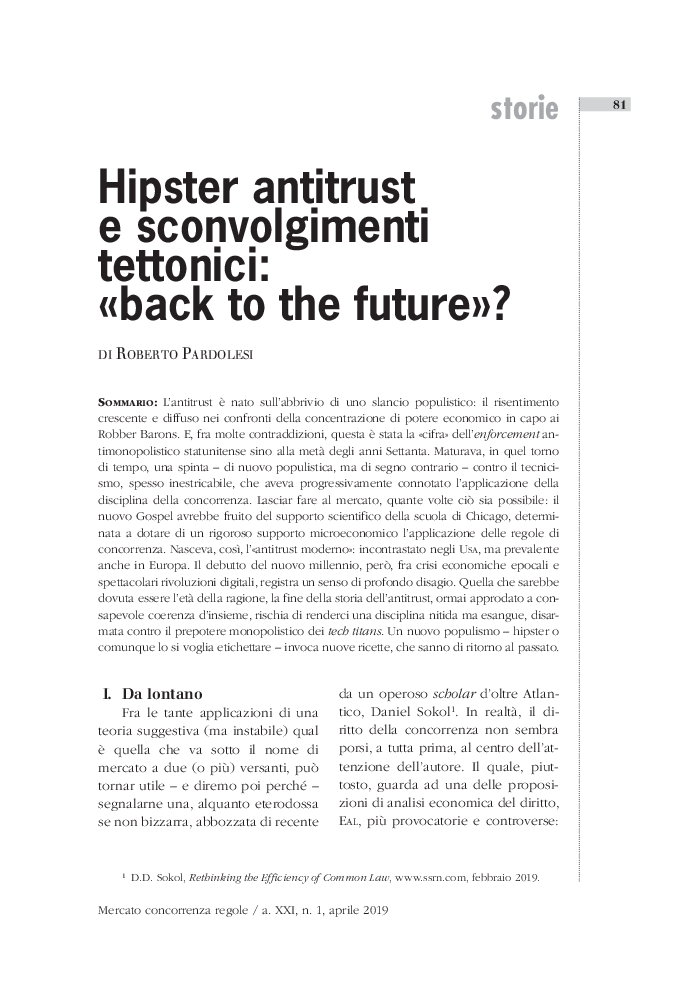