In the last decade, the French road sector has been marked by two main events: the privatization of motorway companies and the decision to implement a tool for goods vehicles in the French roads and motorways network, similar to the German "Lkw-Maut". Motorway privatization excessively benefitted motorway companies, because their future incomes have not been duly forecasted. The French State has lost important financial resources, which could have been used for the maintenance of the network and the development of alternative means of transport. These financial resources were supposed to be partially granted by a tool for good vehicles, which would allow taking into account externalities of road transportation. However, large-scale protests have led French authorities to waive this project, showing its weaknesses and the authorities' unfitness to carry it out successfully. 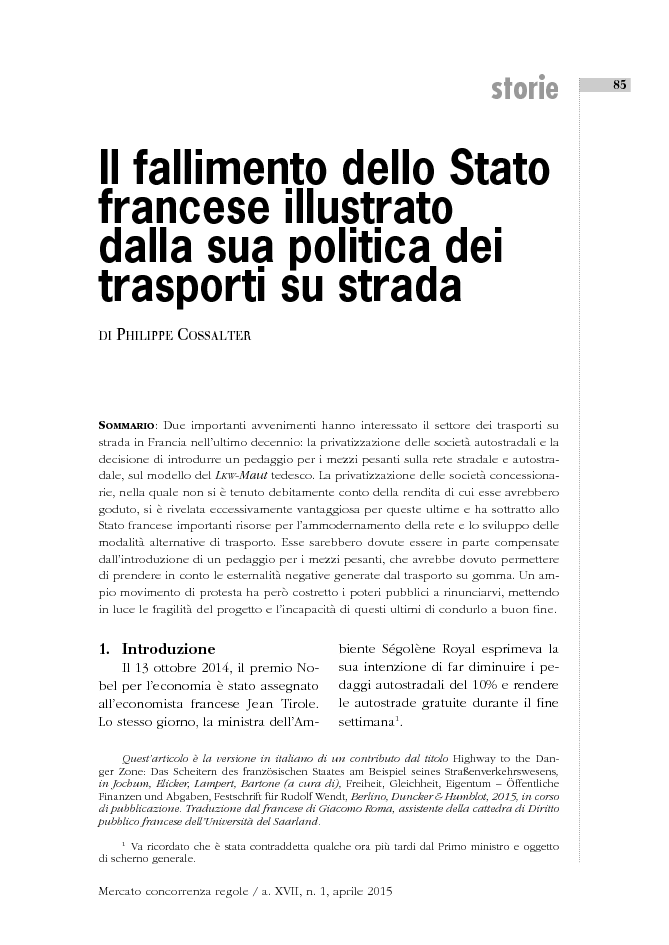