The paper illustrates the main allegations that have led the European Commission to start an investigation against Google for abuse of dominance. These are related to the manipulation of Google's algorithm; the imposition of exclusivity clauses in contracts with web- publishers and advertisers; behaviour aimed at preventing advertisers from investing in alternative platforms; and refusal to deal with rivals. The paper discusses the likely outcome of the case, as well as the impact that the Commission's decision might exert on the future of competition on the Internet. The paper casts rather dark shadows on the current application of antitrust in cyberspace, which seems even more problematic today than it was already in 2004, when the Commission adopted its controversial decision in the Microsoft case. At the same time, the author argues that the ongoing quest for neutrality and pluralism on the Internet should be neither subject to extremist pro-regulatory stances, nor left exclusively to the remit of antitrust law. 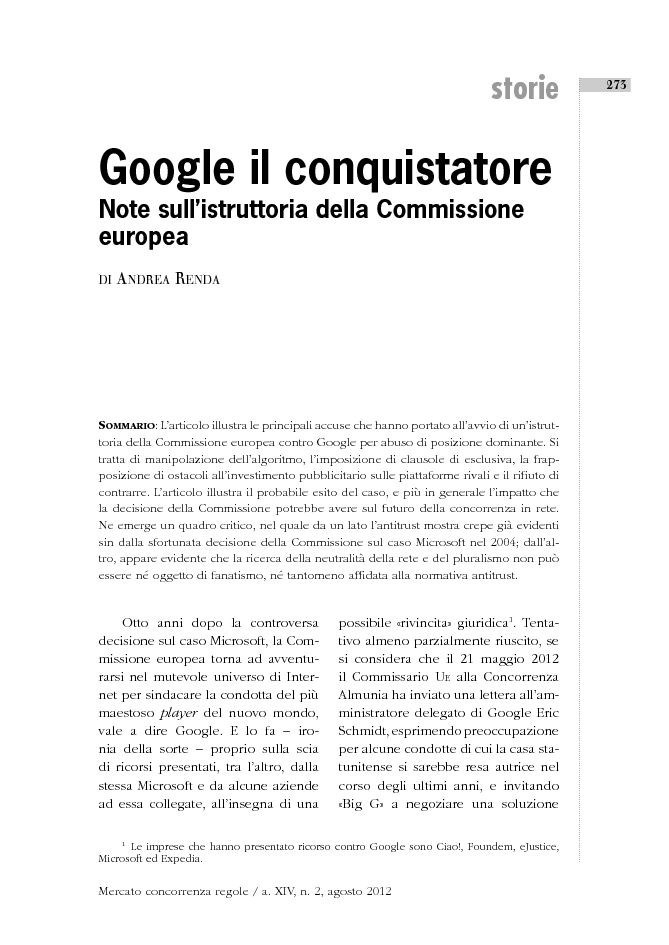