The paper is focused on the relationship between competition and stability in the banking sector. According to the current italian legislation, the Central Bank is competent to apply antitrust law to banks and, at the same time, to oversight their stability. Recently several scholars and many proposal pending before the Italian Parlament suggest that antitrust law should be applied by National Antitrust Authority even when the undertaken concerned is a bank. As a risult of this reform, the Italian Central Bank should be competent to oversight the stability of the banking sector only, while the Antitrust Authority should apply national and EC competition rules to it. The Author shares the arguments on which the proposed reforms are based. However, he is of the opinion that some problems could arise with reference to merger regulation, in particular when the merger could have an impact on the stability of the banking sector and/or of the single bank concerned. In this case, the National Central Bank should be in condition to void the merger regardless the consequence of it on competition. On the contrary, when the merger is deemed necessary to prevent banking failure, the Antitrust Authority could authorize the operation only if it does not hamper the competition on the relevant market. 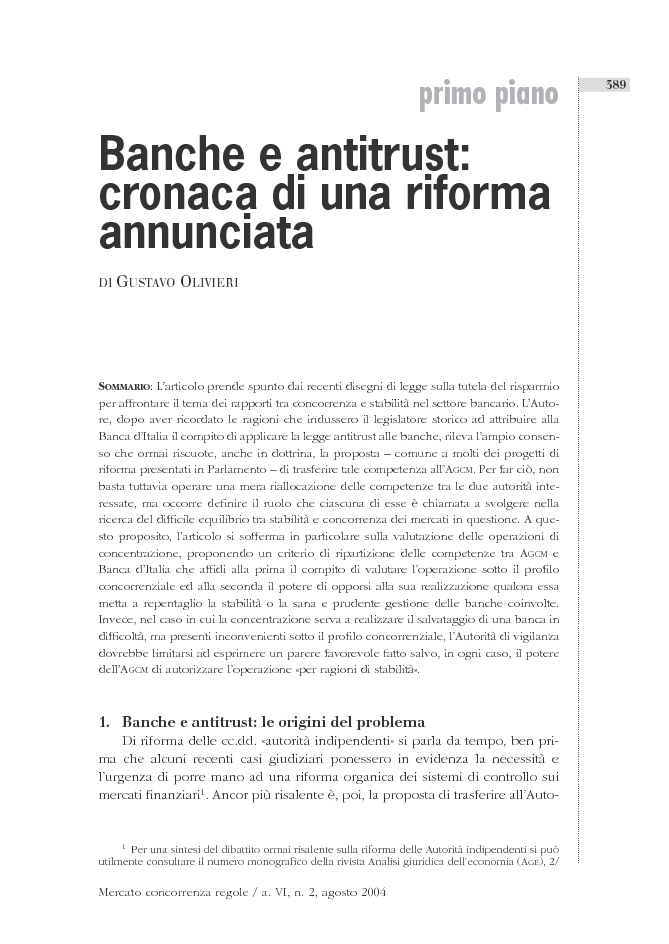