The Parmalat scandal is widely interpreted as evidence of the deficiencies in the supervision over financial intermediaries. Accordingly, a draft bill has been adopted, transferring to so-called "Super-Consob" powers previously entrusted to the Bank of Italy. While some of the proposed rules appear "per se" doubtful, it is the underlying rationale and motivations of the reform to appear mainly questionable. The authors therefore search for causes inside the group's system of monitoring and control, analyzing the incentive structures that induced misbehaviours which, in turn, caused the scandal. The entrepreneur might want to solicit lax accounting practices and transfers of liquidity within the group, in order to stimulate new sources of funding. Such a behaviour can, however, lead to bankruptcy only if combined with shortcomings within the internal and external control systems of the group at large. The paper thus proposes a new system of accountability aimed at excluding any influence of the controlling shareholder over the appointment of the members of the monitoring boards or committees. The authors finally cast some doubts on the widespread view according to which banks played a key role in causing the crisis of the group. 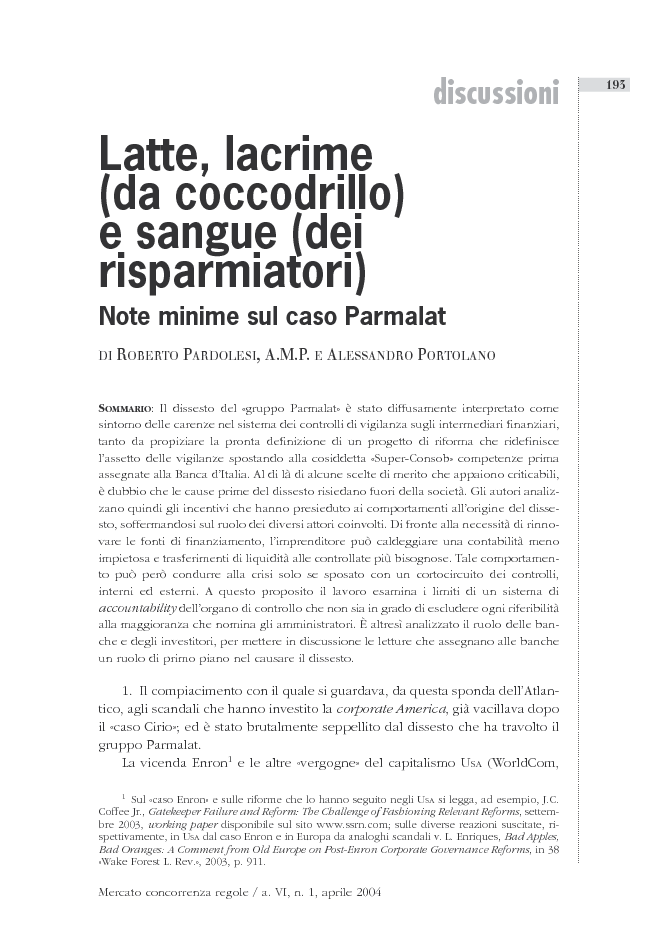