The Chicago School gave antitrust an elegant and simple set of economic models that emphasized the robustness of markets and the frequent futility of government intervention. On the contrary, post-Chicago theories are necessarily more complex, reflecting the greater complexity of observed markets. While they sometimes produce robust economic conclusions, mostly calling for a degree of government intervention in the market, testing them has proven difficult. This paper shows that post-Chicago antitrust gained only limited success, and also experienced significant failures, such as the Supreme Court's Kodak decision and its aftermath. On the other hand, post-Chicago antitrust had some successes that are likely to endure, and provide courts with administrable rules for distinguishing anticompetitive behavior from that which is beneficial or merely harmless. To be sure, these successes include the theory of Raising Rivals' Costs and the so-called unilateral effects theory of horizontal mergers. 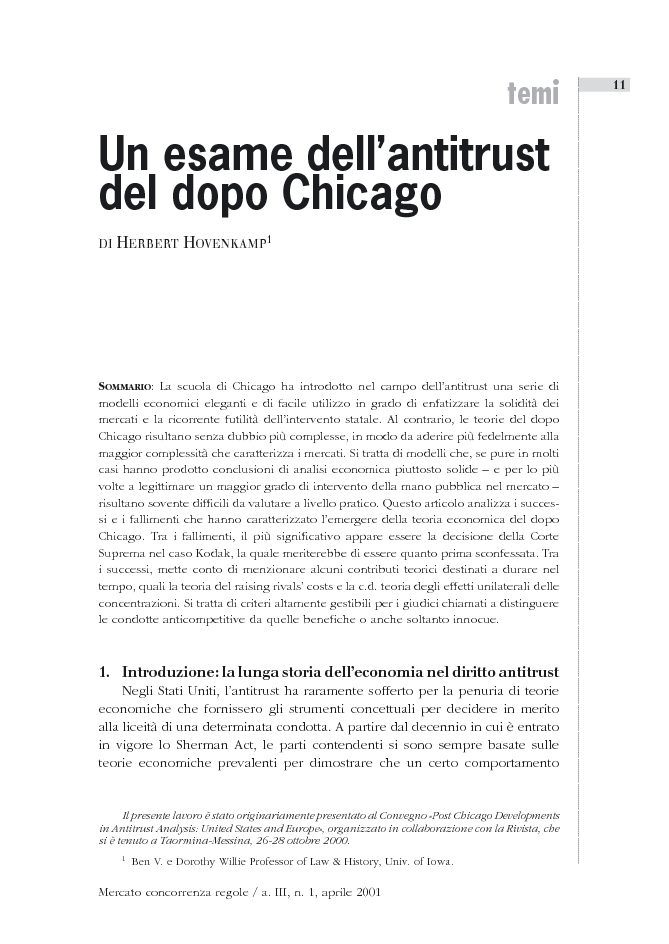