At the end of 2019 Banca Popolare di Bari (B pba ), the largest Southern lender, was placed by the Bank of Italy under receivership (amministrazione controllata). It was the last of a long list of failures of banks of «Mezzogiorno» (mainly rescued by stronger Northern banks) since the early 90s. And then there were none, as Agatha Christie would put it. Looking at a shorter horizon, this is also the last case of a series of failures of Italian local banks since the 2008-2012 crisis. The article shows the three fundamental causes of the B pba collapse: a steep increase of loans in the last two decades; a poor evaluation of the underlying risks; a structural operating inefficiency. As the direction was strictly controlled by one person who was at the helm since the early 90s, this is also a typical case of a market failure, in particular of the corporate governance mechanisms. The article shows hat, with minor variations, this is also the case of all Italian local banks that collapsed since the Great Financial Crisis. This means that all those cases do not prove the failure of the «local bank» model, but rather the consequences of betraying this model and give priority to growth (also in new markets) and personal power. The article also discusses the loopholes in regulation (in particular regarding the mutual model of «banche popolari») that led to an overvaluation of B pba shares and hence on heavy losses for shareholders. 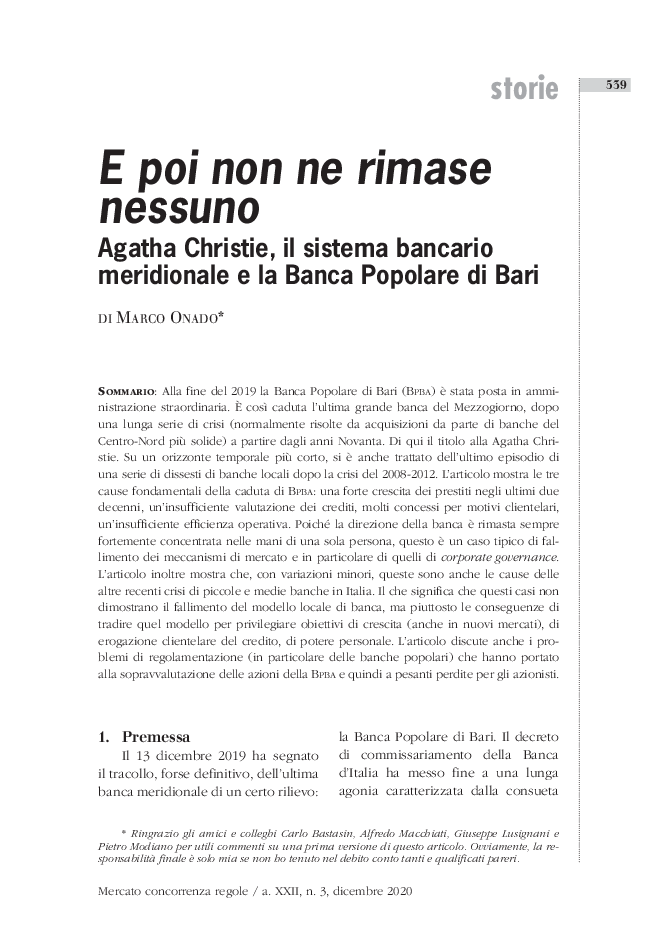