The analysis by gender differences of the economic and social effects of the great crisis and of the weak recovery has a paradigmatic value to understand the growing difficulties of the South and consequently of the country as a whole. The investigation carried out on the dynamics of female employment over the last fifteen years, characterised by the most serious post-war crisis, allows us to highlight some structural constraints of the Italian system to labour market participation which, if not removed, strongly affect the possibilities of economic and social recovery of our country. Such structural constraints have in Southern regions so great dimensions that undermine «the economic and social fundamentals » of this area. The worsening of the main social indicators clearly recalls the indissoluble link between the southern question and women's issues. The lack of valorisation of the female labour force - on average more educated in the South - on the labour market, is the determinant of a third issue, i.e. the social issue, which characterizes South Italy, weakening the possibility of a stronger recovery throughout the country. 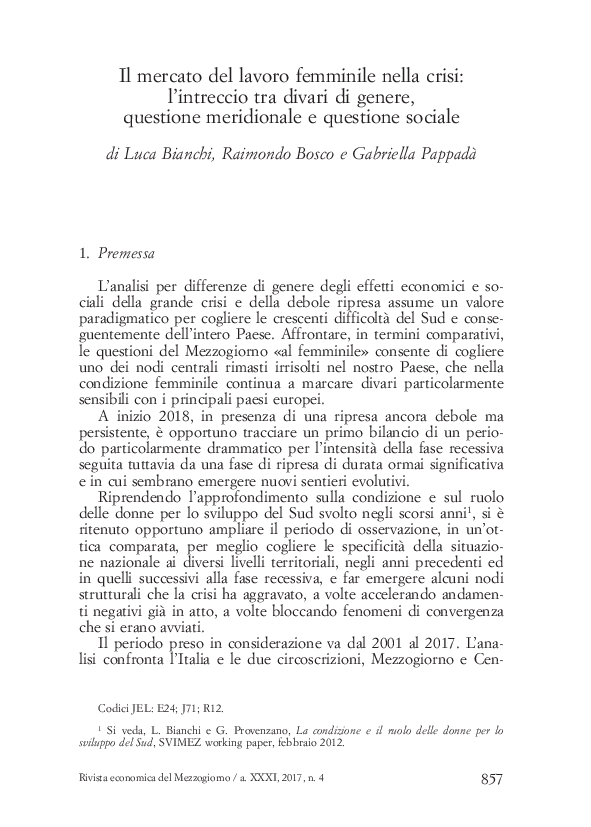