This paper provides an interpretation of the regional dimension of the Italian economy, that replaces the usual storytelling on southern Italy. Firstly, it resumes the issue of the interdependence between the North and the South that should replace the other issue of alleged pathological dependence of southern Italy, in a well-informed discussion. Secondly, retracing the phases of regime changes affecting the history of South policies, it explains the empirical evidence on the amount of public transfers for southern Italy in a long-term view. Finally, it tackles two issues external to the southern context, few discussed, but that should be taken into serious consideration in assessing the causes of the lack of convergence of the South: the real possibility of the Structural Funds to affect the development gap of southern Italy in the absence of harmonization of European macroeconomic policies; the late reworking of a national strategy of regional policy. These two issues outline the features of the current crisis of regional policies. 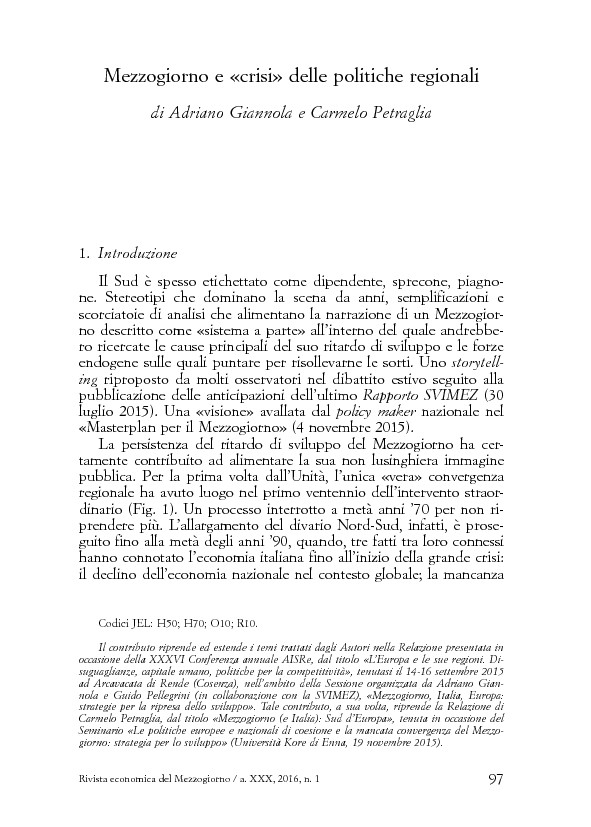