This paper considers the different aspects of reunification process in Germany, since its start to recent developments. It is shown that the fast expansion of early years was followed by a slower growth process, inadequate to rapidly fill the gap between Eastern and Western regions. Unemployment is still high, the slow growth process seems entrenched, the persistence of gaps continues to demand public expenditure aimed at improving social and economic perspectives in the Country. The long-term outlook is threatened by averse demographic trends and by the needs of fiscal consolidation. A comparison between German situation and Italian Mezzogiorno shows that the two processes share a high dependency by state intervention; the difficulties in activating an endogenous growth process contributes to the continuation of such a dependency. Conversely, differently than in the case of Mezzogiorno, German Eastern regions are enjoying a high-quality infrastructural endowment; an efficient and effective legal system; an outstanding human capital, partially inherited from former Eastern Germany. 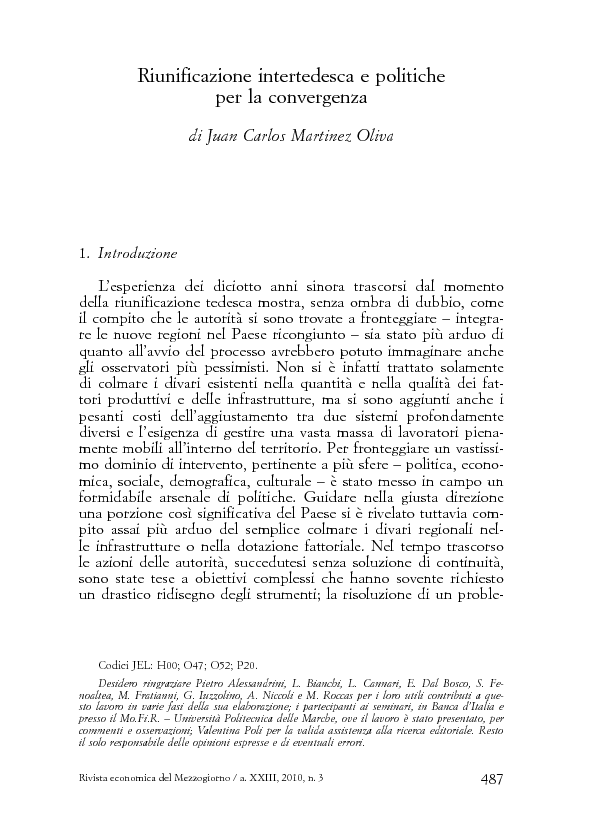