In Italy, the persistence of a dual economy, that is, a per capita income in the Northern regions higher than that of the Mezzogiorno, at least according to official statistical sources, contrasts with the possibility of guaranteeing fiscal federalism as a cornerstone principle - i.e. the correspondence between regions' own resources and public expenditure for the purpose of a more efficient allocation of resources. This paper aims at investigating this issue by a methodology based on evolutionary optimization and aimed at assessing the efficiency and effectiveness of public expenditure in relation to the services supplied by individual regions, with particular attention to the Southern regions, by closely linking purposes and results. The attention is focused on the innovative components of evolutionary economics, on the central position of information and knowledge concepts, on the interactions between agents, on the role of coordination and of changing balances and on the analysis of the emergent micro-macro properties. Under such conditions, this study aims at identifying the optimal path (golden path) that regions can undertake to organize local tax planning and to optimize their local economic system, without interfering, inefficiently, with other regions, but, on the contrary, by contributing actively to contain and reduce the regional gap that such a federal plan aims at solving. 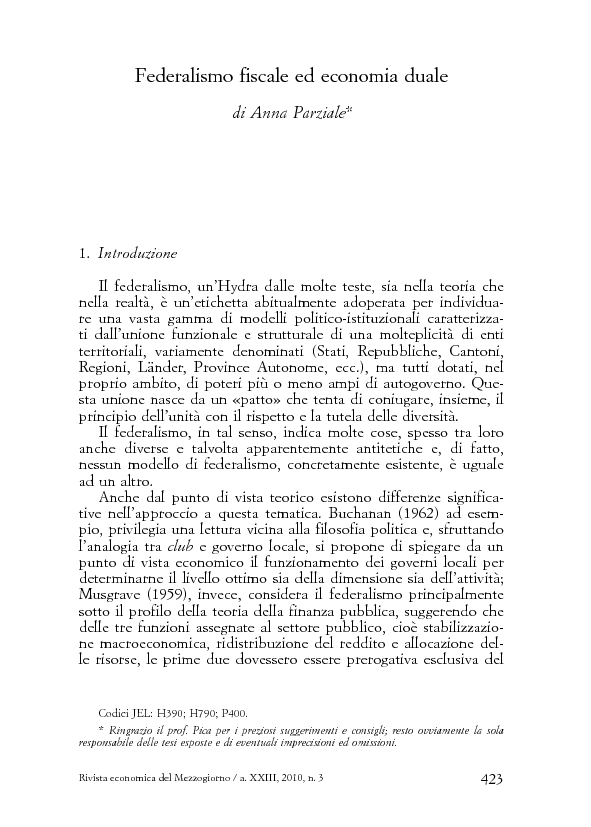