This paper analyzes the Southern urban framework and hierarchy in its persistence and innovations, considering it within the national and European network. Data and images draw a mosaic of different realities, in which the metropolitan areas belonging to the central cities of Naples, Palermo, Bari and Catania begin to be flanked by minor rebalancing urban poles, generally constituted by the current provincial and regional capitals. The final aim is to interpret the regularities in the growth and development model outside the metropolitan agglomerations, in the awareness that, in the future, the desired rebalancing of the Italian urban framework will not be defined only in the metropolitan context, nor will it be exhausted in the flows moving from the centrality of metropolitan areas towards the outside, but will be much more complex, multiform and articulated. 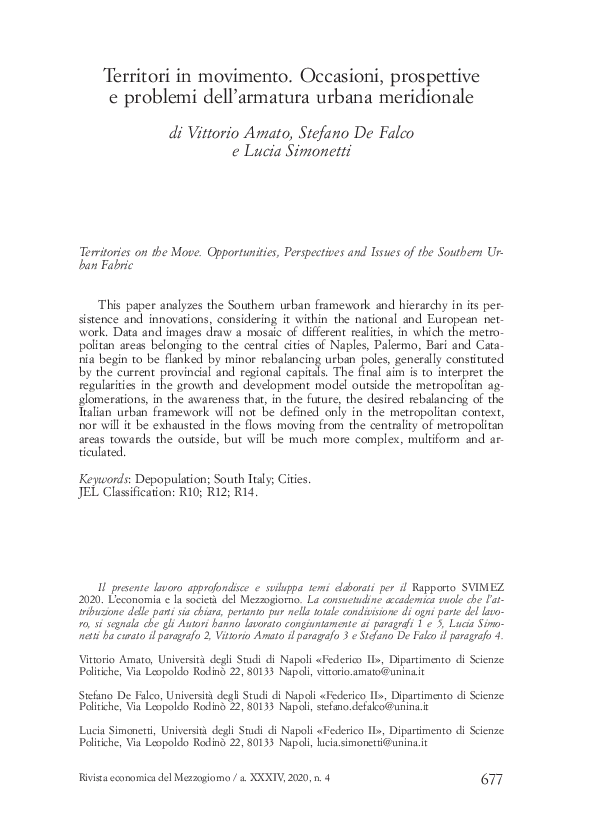