The selection of board members of independent agencies is an important instrument in the hands of governments (executives and parliaments) to influence the behavior and performance of such agencies (another important one is the setting of rules). However, such selection, as a subject of study, has been largely neglected. Very little is known on the characteristics of appointed regulators, and on how they compare with the prescriptions of normative theory as to their desirable characteristics. This paper aims to contribute to filling this gap. It looks to a subset of Italian independent agencies, namely the group of Italian independent regulatory agencies charged with the regulation of companies operating in utility industries showing monopoly features (energy, water, waste collection and environmental services, communications, transport). It offers, in the first place, by looking at the cvs of the appointed board members, an empirical overview of the selections which have been made, in the period since the establishment of the first independent regulatory agency, in 1996; in the second place, it reflects on the characteristics, determinants, and some (normative) implications of the empirical findings. 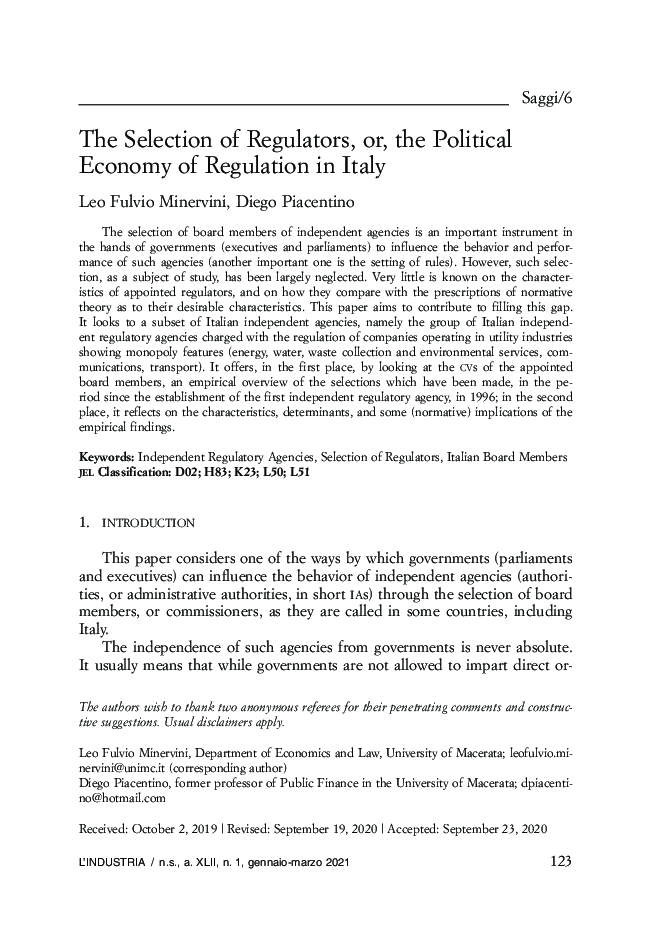