Airport business has increased steadily in recent years. However its impact on economic growth is controversial. On the one side, airports and the related business can be engines of economic growth thanks to, among others, their direct, indirect and induced support to both local and national economy; the increased connectivity between places; and their key role in trade. On the other side, the economic growth of a country can influence air transport expansion. This study investigates the role of airport traffic in a country's economic growth. We assess the significance and direction of the causal relationship between air transport and economic growth, or instead whether they likely influence each other. Specifically, we take both number of passengers and volume of freights as measure of airport traffic. Our investigation concerns Chile, one of the most competitive economies of Latin America where air transport industry plays a major role. Findings reveal bi-directional relationship between GDP and number of passengers. Also, in the long run gdp significantly influences freight volume, but not vice-versa. Then, and in the light of previous literature, we suggest that there might be growth opportunities from an increase in the movement of goods. From this point of view, the business friendly environment of the country and the already existing network of airports can allow air transport to further sustain growth, if properly supported by relevant industrial policies, Though results concern a country with peculiar geographical shape, findings can be somehow extended "coeteris paribus" also to those countries whose land or water transportation network is not sufficiently developed. 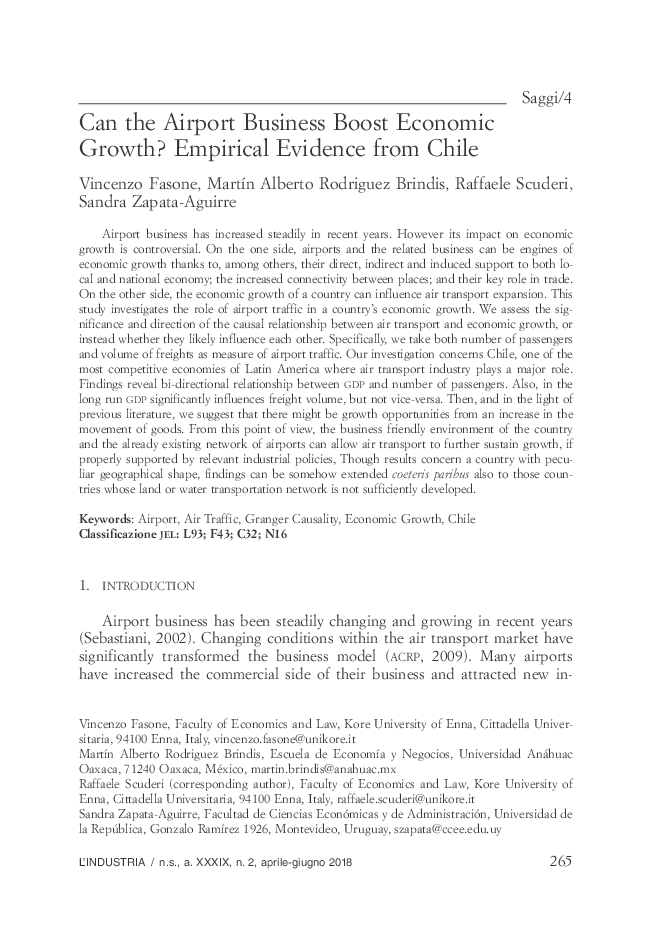