During the last forty years Universities - historically highly susceptible to external pressures - have been pushed to focus on those activities that could be easily characterized as «useful» in the short-term. Consequently, research has been encouraged - mostly via targeted funding - to focus in directions holding the promise of immediate returns while teaching has been viewed more and more exclusively as preparation for work, neglecting both personal development and civic education. After a few decades in this direction it is becoming clear what had been abundantly clear at the time of the rise of the modern University, between the end of the 19th century and mid 20th century, i.e., focusing too much on «useful» research and teaching produces much less useful results than a more liberal attitude towards knowledge creation and education. This trend has affected, although in different forms, all developed countries. In Italy, however, the push towards «usefulness» has played out in a country with two structural problems: a severe educational gap that places Italy among the least educated oecd countries at the tertiary level and, since 2008 and counter intuitively, a policy that has defunded and shrunk the Italian university system by approximately 20%. In Italy, therefore, besides promoting an approach to research and education based on a more sophisticated definition of «usefulness», it is urgent to invest in the future of a higher education system on the brink of collapse. 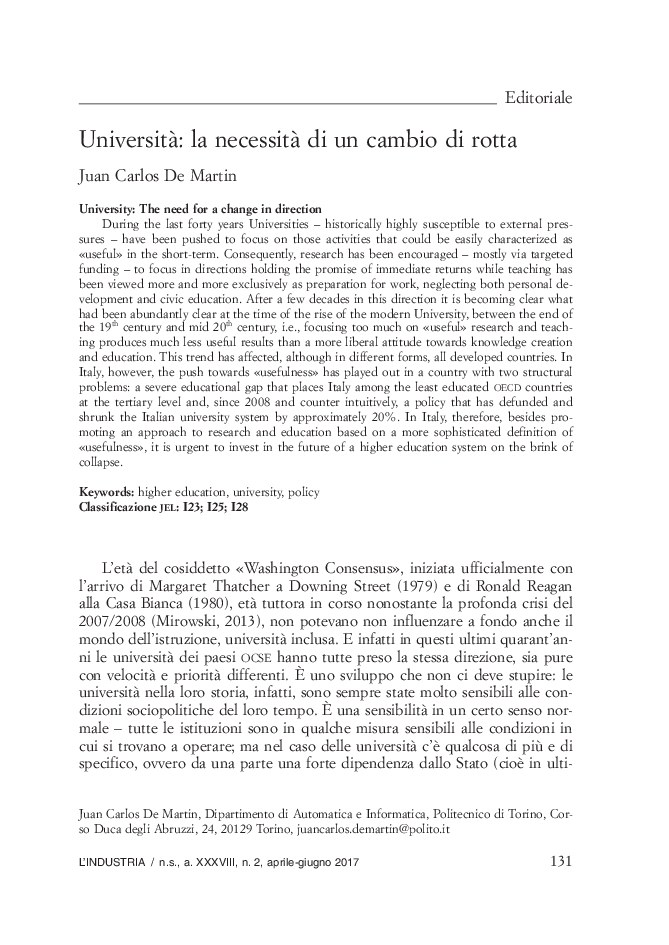