Russian economy has encountered the whole range of challenges that weigh on its growth in the long-run: the loss of global competitiveness, unfavorable investment climate, shrinking labor force, limited capacity of fuel export growth, underinvestment in human capital, not growing oil prices, etc. The escalation of the geo-political crisis in 2014 has exacerbated the negative trends, and in essence nudges the country to make its choice. In this research, two main scenarios were considered. Under the first one, which appears to be the more probable, the state role in the economy increases, political power becomes more centralized, expenses on siloviki increase, civil freedoms become curbed, and economic activity (including foreign trade and capital flows) is constrained. Under this scenario, with either tight fiscal and monetary policy or accommodative policy average growth rates in the long-run will remain low. The second scenario envisages economic growth in private sector as trust, law enforcement, and competition strengthen, control becomes more de-centralized, and foreign operations do not fall under regulatory constraints. Only in this case economic growth could accelerate. 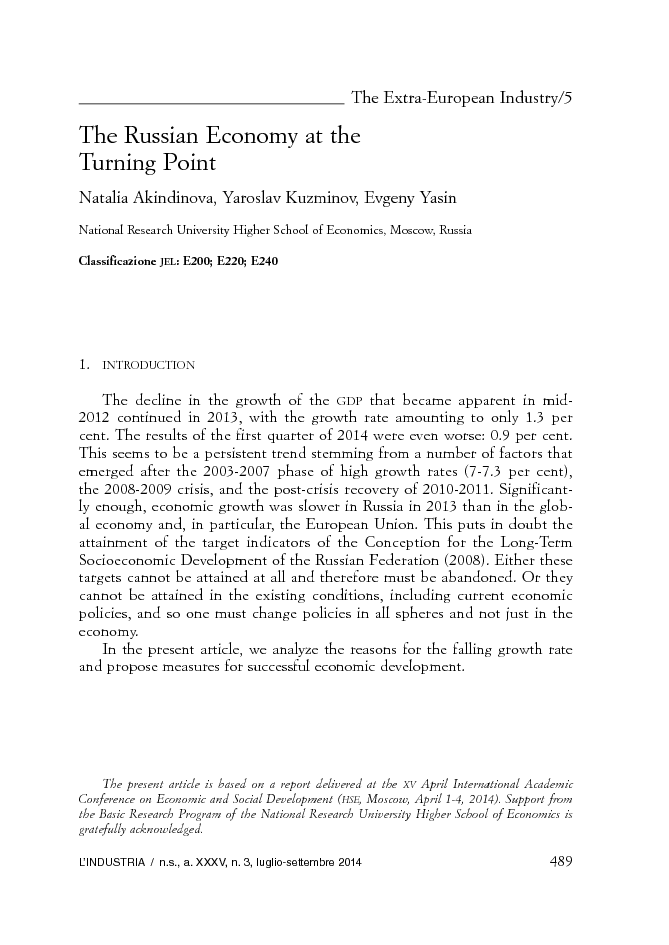