This paper aims to analyze the effects that the Capital Subsidies (free grant) granted by Manfredonia's Area Contract have produced on the recipient enterprises. In particular, we have mainly investigated if the granted funding have produced any benefits in terms of employment and firms' economic value. Although many studies on capital subsidies to enterprises exist, only a few of them focus on a specific microeconomics analysis based on key management ratios, and even less analyze the effects produced in terms of firms' economic value. So, we have focused our study on these issues, integrating the existing literature with additional tools for analysis and findings. The results of our analysis allow to state on one hand that the granted capital subsidies have actually produced a very valuable effect on the employment level in the examined area. Such funding have also concurred to the creation (lesser destruction) of the economic capital value for the same firms. On the other hand, the remarkable level of financial debts reached - bringing, through the well known leverage mechanism, to a negative effect on value - risks to produce, in the medium and long-term, negative effects both on the investments and employment level. Still more, in a perspective of funding interruption or attenuation it would be opportune that economic value rose even higher, in order to offset the capital subsidies effect and keep so stable (or even increase) both employment levels and investment policies. Finally, a negative impact produced by imports has been found reflecting the so-called «foreign competition effect». This confirms the limited productivity reached from the examined firms as a whole. 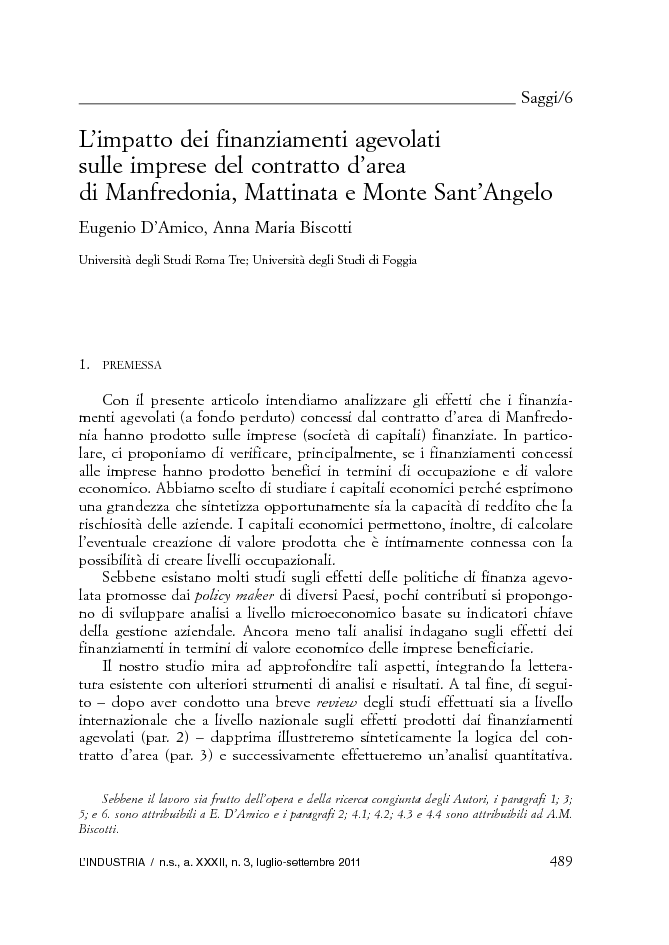