China's energy transformation, which underpins its breakneck economic growth, presents two contradictory facets. On the one hand there is the China that is building thermal power stations at an unprecedented rate, increasing its consumption of coal, and becoming the world's largest emitter of carbon dioxide. On the other hand there is the China that is building renewable energy and zero-carbon industries at an unprecedented rate, taking or approaching world leadership in hydropower, wind power, solar pv and solar thermal, as well as in nuclear power and in «smart grid» modernization. This presents the world with a conundrum: which is the «real» China? In this paper, an overview is provided that sets China's strategies in an industrial dynamics setting, arguing that China will shift the balance of its energy systems towards renewables, and that this will be irreversible within the next 10 to 20 years. 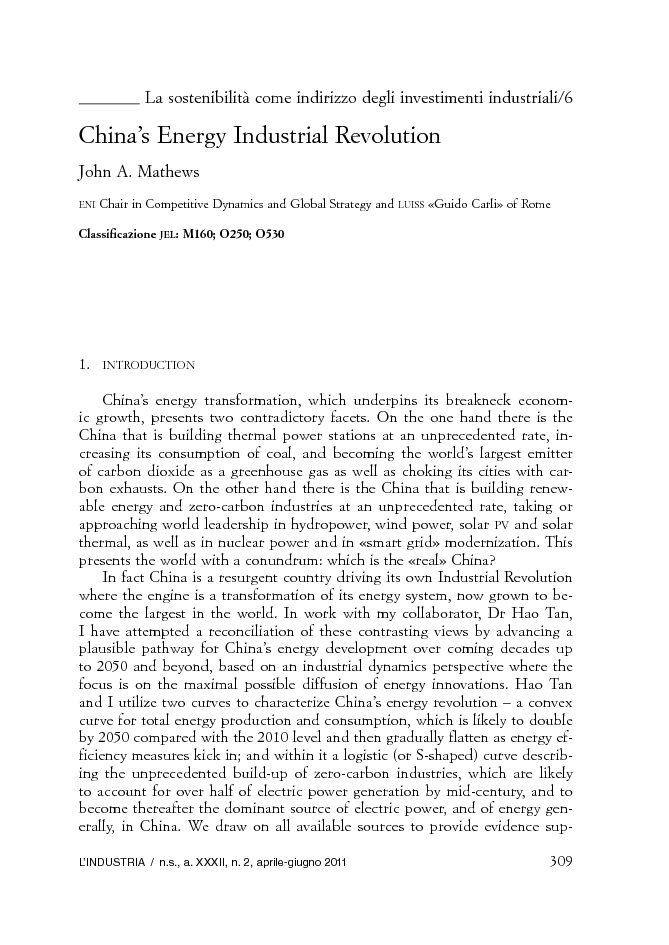