This paper shows that there are sound economic arguments for developing a modern industrial policy at the EU level. The rationale lies in the need to both facilitate economic restructuring through strategic behaviour whenever market forces fail to do so themselves, and to encourage innovation and the creation of a knowledge economy in Europe. We claim that this approach does not entail a return to the old policy of "picking the winners", but instead require the strengthening of the "technology" side of the European industrial policy "Triangle ", without weakening the other two (i.e., "competition" and "commercial" policy sides). The paper also tried to show how, during the last five years, the European Commission has indeed taken a number of steps in the right direction, focusing particularly on the promotion of research, innovation and excellent human capital in Europe. It notes how the focus on the horizontal approach to Industrial policy adopted during the 1990s was, by the start of the new century, gradually coupled with an emphasis on vertical applications (i.e., by sectors). The paper concludes providing a basic taxonomy of "European Champions" (Type I, Type II), showing that "Champions" of the first type could be a suitable means of promoting this modern European Industrial policy, on condition that value is genuinely added by supranational public and private cooperation in R&D and innovation, and that the logic of the Single Market is respected. 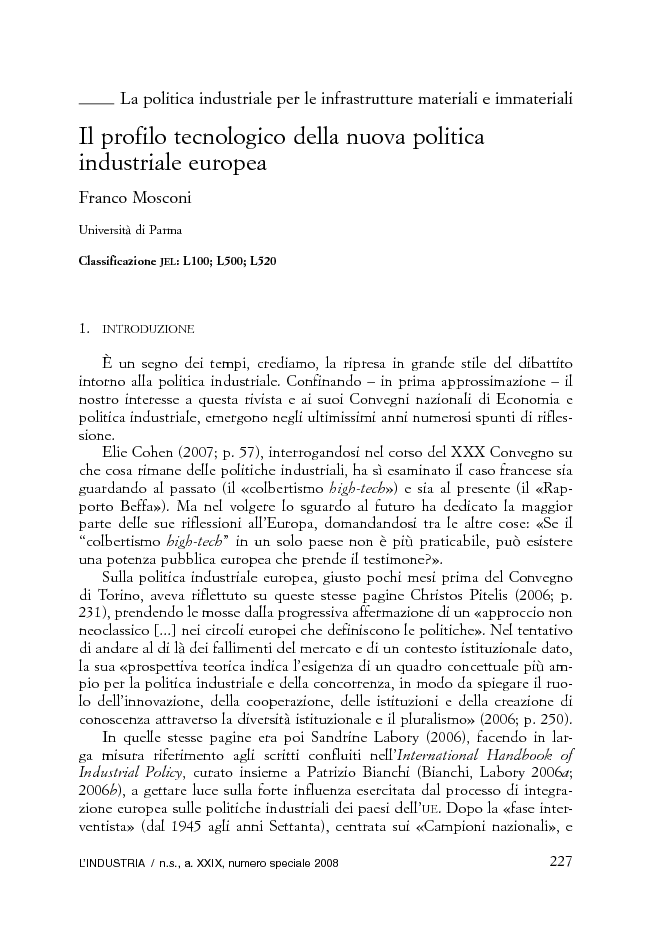