The article draws the main steps in the implementation of the so-called "IRI formula" in the privatisation process in Italy. Until the mid-1960s the IRI formula worked extremely well, supporting the development of infrastructures and heavy industries, with a massive participation of private shareholders. The IRI formula failed when the government assigned to IRI conflicting targets, ranging from the rescue of private companies collapsed during the 1970s crisis to the industrialisation of the Southern regions. In 1982 Professor Prodi was appointed President of IRI, and in 1996 he became Prime Minister and promoted, along with the Minister of Treasury, the total privatisation of IRI. From July 1992 to June 2000 privatisation regarded total sales of telecommunications, motorways, airports, aerospace, railways, energy production systems, food processing, banks and financial services and minority shares of hundreds of companies. When IRI was closed - on June 28, 2000 - sales amounted to almost 50 million dollars. Thanks to this process, Italian families and institutional investors, who traditionally invested in State bonds, entered stock exchange that increased its total capitalisation level of about 620% in ten years. Furthermore, a significant number of large groups was consolidated, stemming from privatisation of public bank and companies. This privatisation process removed the two pillars of the State intervention in the economy, both established in 1930s: the state-owned holding and the public control of the banking system, allowing the Italian economy to modernise and to enter the global market. 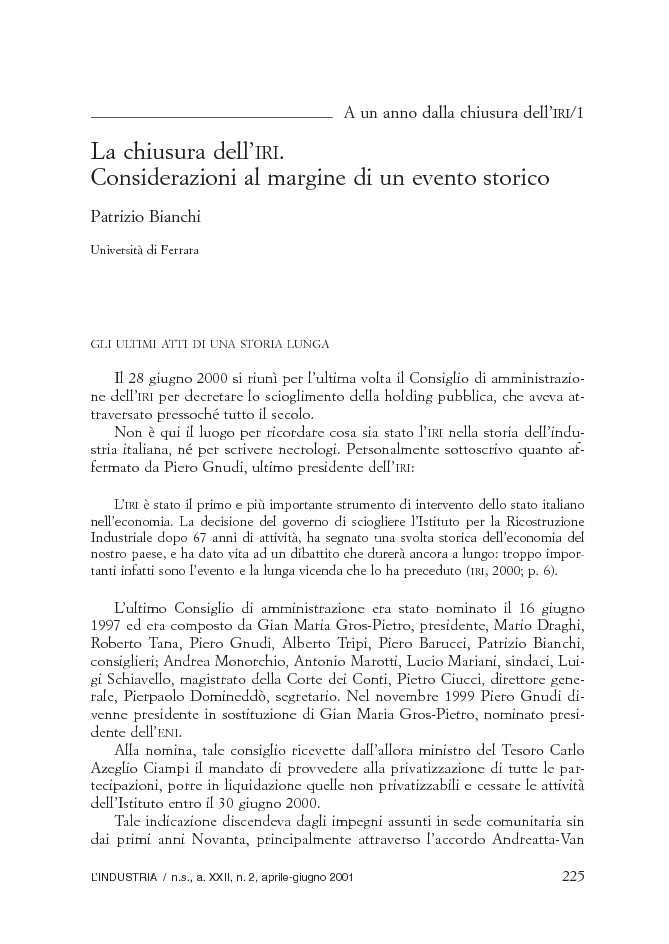