In the wake of the papers à la Acemoglu-Robison, emphasizing the role of institutions in the economic development of nations and above all their level of inclusiveness, the article proposes a reading of the evolution of the Italian economy since the reconstruction after World War II up to the fall of the Berlin Wall, highlighting the legacies these features have been transmitting up to the current time. It focuses particularly on the ways in which institutions (including those that were formed in the years of the «miracle»), contributed to explaining the post-1989 slowdown, therefore independently of globalization or euro creation. According to the article, some factors developed in that period (above all – but not only – starting from the seventies of the last century): 1) contributed not to solve troubles inherited from previous periods and still existing (above all Mezzogiorno and low levels of employment); 2) interacted with the deteriorating sides of the institutions (the bad economy) which continue to spread and sometimes to expand nowadays; 3) developed and perpetuated difficulties complicating the conduct of macro and microeconomic policies (high public debt/ gdp ratio). 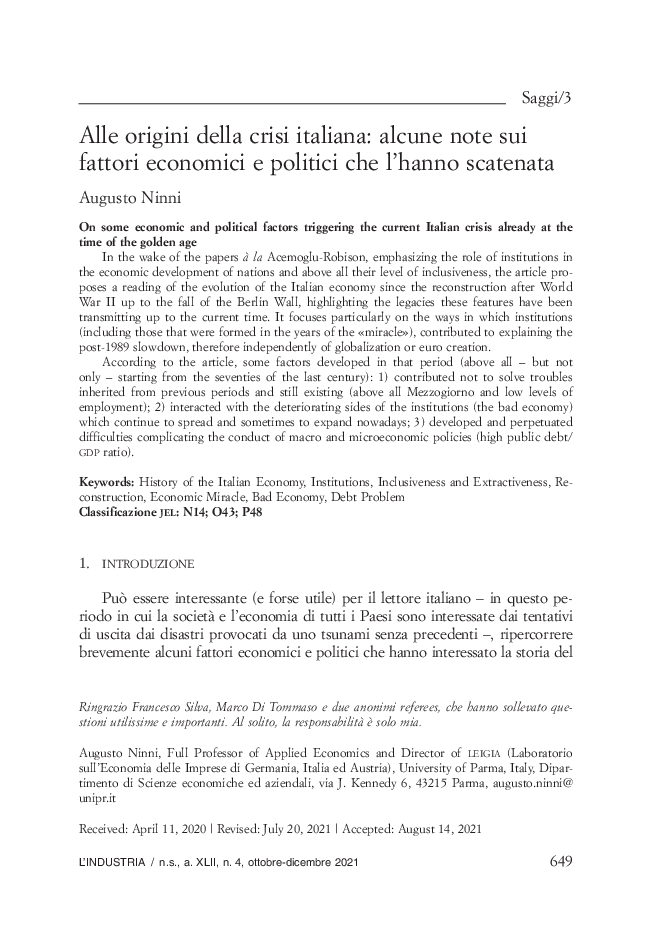