Policies implemented in the Mezzogiorno, both at the national and at the local level and with the exception of the two decades immediately following the Second World War, have not been able to set the Southern regions on a path of convergence with the rest of the country. However, they were at least able to avoid that this distance increased even further. Now, even this minimal objective is in doubt, in a situation where fiscal constraints are likely to make public intervention even more difficult in the future. We review the basic facts, the explanations provided for the persistence in the North/South differences, fiscal federalism Italian style, the policies attempted in the past and advance some suggestions for the future. 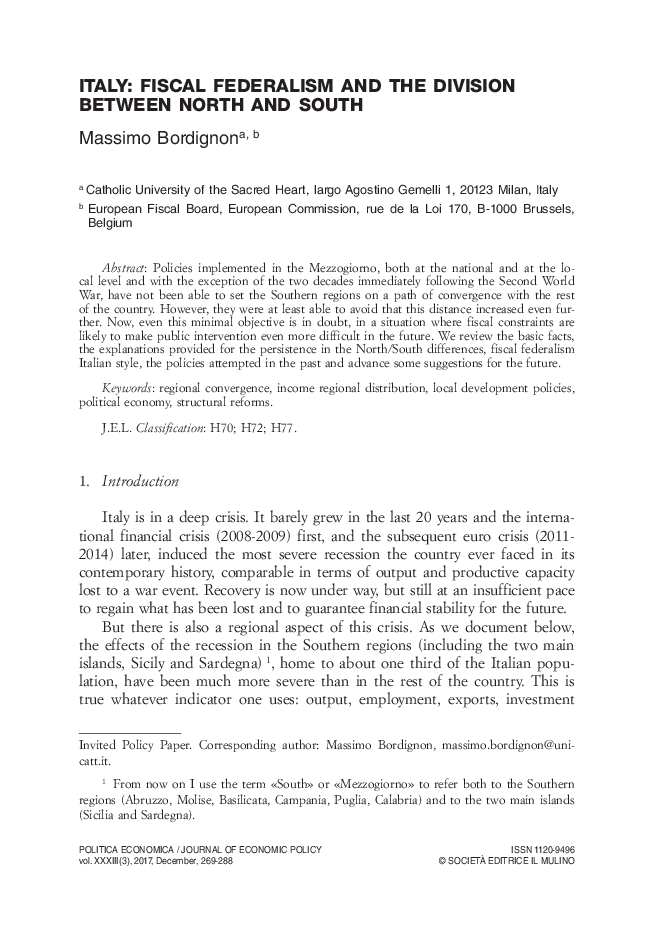