We compare households' behavior during recessions. We observe that households' consumption during the Sovereign debt crisis fell more than real disposable income. Based on the consumption equations of the Bank of Italy Quarterly Model, we find that, differently from past episodes, the reduction in wealth, partly due to capital losses, is relevant to explain consumption contraction; the length of the double recession and the intense consumption smoothing during the Global financial crisis may have played a non-negligible role as well. The microeconomic information contained in the Survey of Households Income and Wealth suggests that a large share of the fall in aggregate consumption stems from the choices of younger households, whose income and wealth decreased more significantly than those of their elder peers. Moreover, the perception of future income perspectives appears uncertain across all households types. Taking into account the subjective probability that the loss experienced in 2012 will extend into the future, we estimate that the perception of persistent denting of Italian households income did play a relevant role in driving the extraordinary fall of private consumption in the last few years. 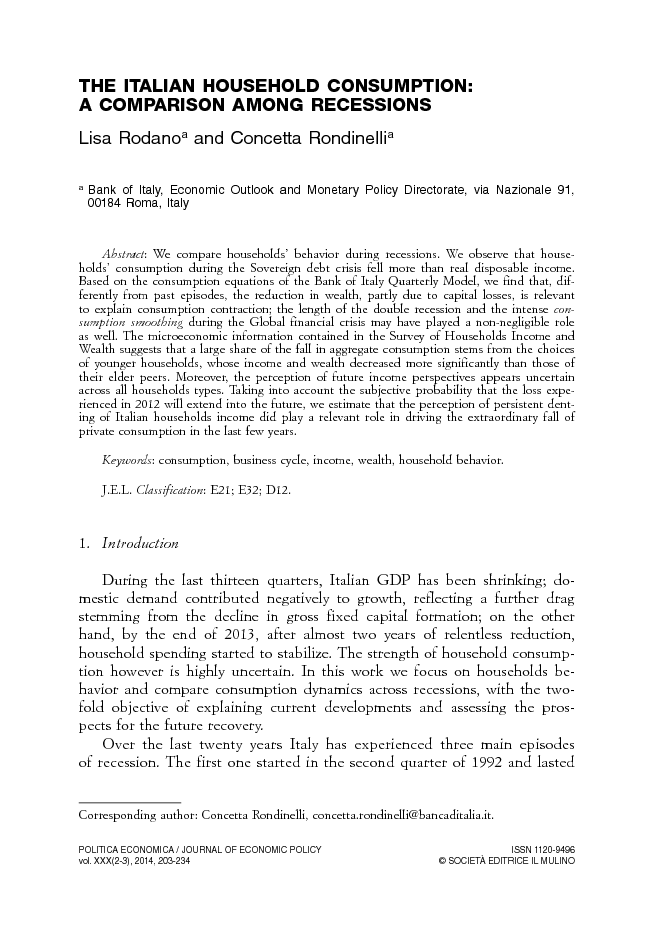