Over the years, the tax wedge on labour was covered by a vast stream of literature, both theoretical and empirical, aimed at identifying the ideal structure and to assess how it influences the decisions of individuals and the labour market equilibrium. In most EU countries there is an upward trend in the tax wedge in the seventies and, less pronounced but still significant, in the eighties and the first half of the nineties. This phase is followed by another, where several countries tried to reduce the tax wedge to mitigate its negative effects on the labour market, by acting primarily on taxation and directing measures to low income workers. The paper presents a brief overview of theoretical and empirical literature on the tax wedge and its impact on the labour market. It examines implicit tax rates and tax wedges published by EUROSTAT and the OECD, highlighting recent trends at the international level and the relative position of Italy. Finally, the paper contains an analysis of the evolution of the tax wedge in Italy during the period 1999-2008, characterized by the granting of significant tax relief. 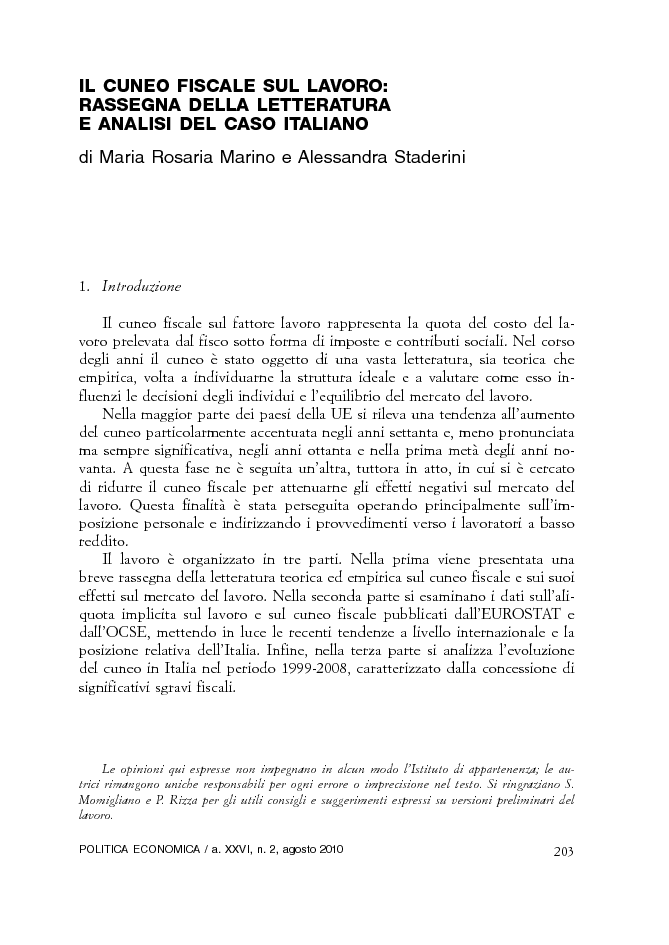