The investment projects funded by the Italian National Recovery and Resilience Plan (NRRP) aim to trigger an increase in GDP, that is in turn expected to drive energy consumption and carbon dioxide emissions up. At the same time, since an important share of the Plan’s investments is aimed at facilitating the green transition, we expect favorable effects on emissions. Which one of these two effects will prevail remains to be ascertained. In this study we have used the GEM model by Oxford Economics to build a number of scenarios and generate the relevant simulations. To validate the use of GEM we also considered the macroeconomic impact on GDP and unemployment rate generated by the model and compared the results with those presented by other institutions and obtained using different models. The results show that when the green investments of the NRRP display their effects, there are climatic benefits in terms of reduced emissions. Compared to the implementation of the NRRP in 2021, however, the reduction in emissions by 2030 is modest and equal to 5%. As those investments largely refer to the adoption of clean technologies, the climate benefits are likely to be more substantial only in subsequent years and over longer horizons 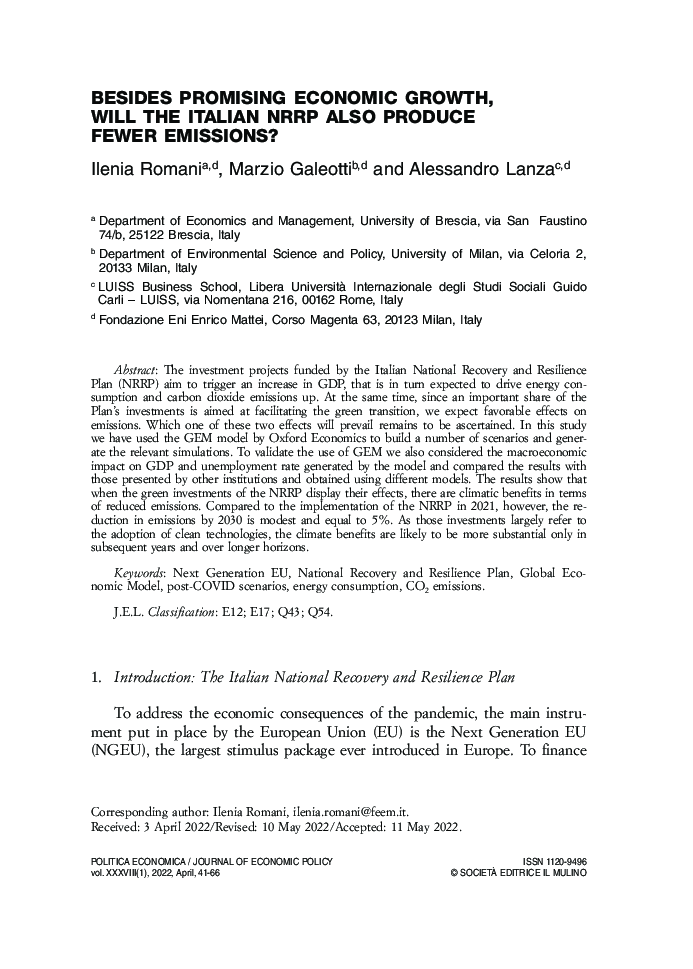