Projections of energy intensity are important for the assessment of future energy demand, future emission pathways, and the costs of climate policies. We estimate and simulate energy intensity based on a conditional convergence approach, and show how based on the results the long-run minimum of energy intensity attainable can be estimated. We consider education, urbanization, and institutional factors and find them to positively impact energy intensity improvements. We link the estimated econometric models to an iterative projection model, resulting in a finite long-term lower limit of energy intensity of GDP to be around 0.24 MJ/$[2005, PPP] at the global level in most SSPs. Yet, by 2100, we estimated that energy intensity below one is hard to achieve based on historical patterns. By 2100, the projected energy intensities are in the range of 1-3 MJ/$[2005, PPP] at the global level. These results show that scenarios such as the ones used in the SR15 can be rationalized based on empirically founded projections, and that in particular the very low energy demand scenarios can be considered feasible on empirical grounds. Only if we include autonomous efficiency improvement through a time trend (around 0.2%/year), the long-term limit of energy intensity approaches zero, indicating the important role of technological process. 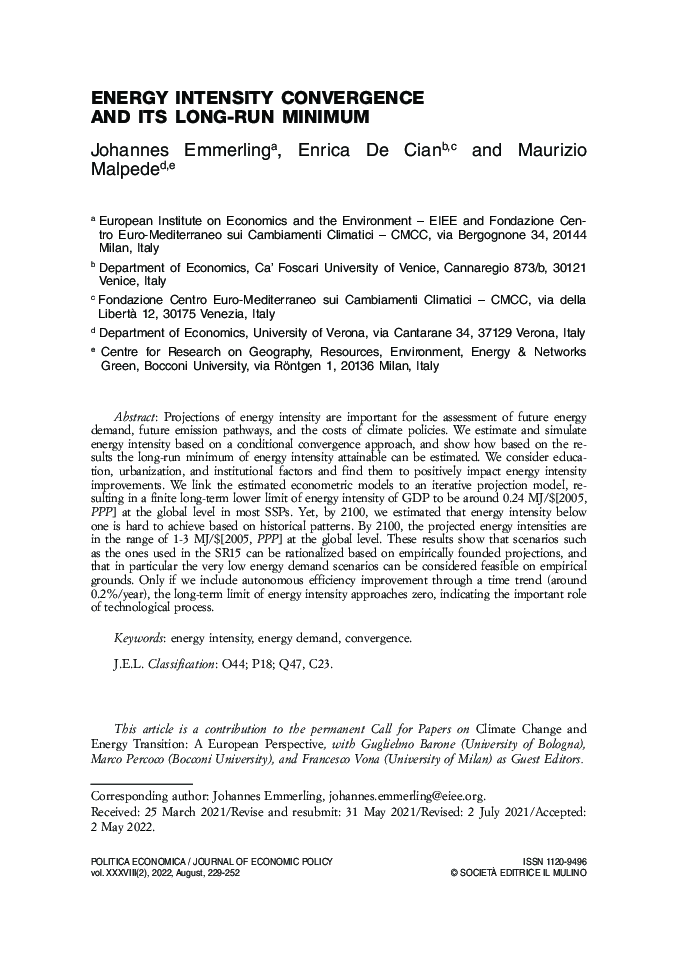