This paper deals with the erosion of the personal income tax (PIT) base, a well-known phenomenon that is undermining the redistributive features of the Italian tax system. Several sources of income previously subject to progressive marginal tax rates are now taxed under proportional tax regimes or are entirely exempt from taxation. The existing tax system as of the 2019 tax year is compared with three alternative policy scenarios. First, a comprehensive income tax scheme where all income components are included in the PIT base is examined. Second, a flat-rate personal income tax scheme with a drastic reduction in revenue is considered. Third, a further flat-rate tax scheme with a neutral effect on revenue is simulated. The focus of the comparison is on the unequal tax treatment of close equals. Decomposition approaches to the study of classical horizontal inequity are applied and discussed (van de Ven et al., 2001; Duclos et al., 2003; Urban and Lambert, 2008). The findings show that the erosion of the PIT base has increased the level of horizontal inequity of the tax system only negligibly and that limited benefits would be obtained if a flat-rate personal income tax were to be adopted. 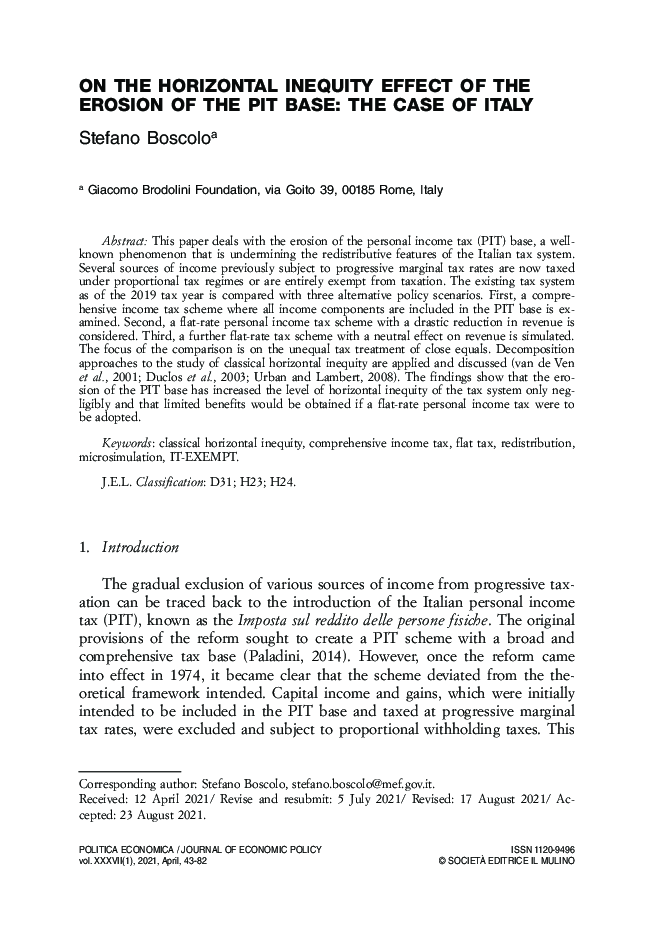